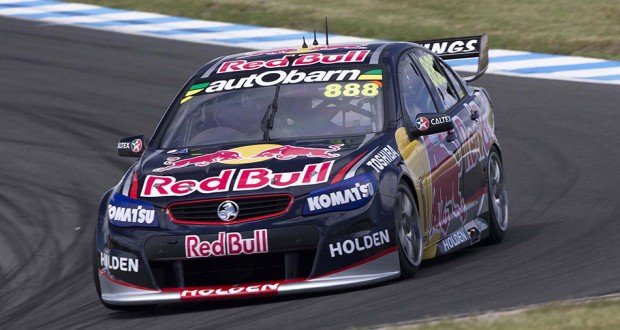 Holden’s championship-winning VF Commodore is poised to go from V8 Supercars’ race tracks to the computers of sim-racers around the world, thanks to a new agreement between iRacing.com, GM Holden Ltd and Red Bull Racing Australia/Triple Eight Race Engineering.

Renowned for the accuracy of its laser-scanned race tracks and virtual race cars, iRacing will develop an exacting digital model of Jamie Whincup’s championship-winning 635hp Red Bull Holden VF Commodore, which he drove to his and the team’s third-straight title, and fifth overall, at last week’s Sydney 500.

“The opportunity to develop our version of the Red Bull Holden VF Commodore is great news for iRacing and iRacers around the world, especially our members in Australia and New Zealand,” iRacing.com executive vice president and executive producer Steve Myers said.

“Not only are there more iRacers in Australia and New Zealand than any other countries outside of the United States, they are among the most enthusiastic sim-racers in the world.”

The announcement comes on the heels of last month’s release of iRacing’s version of the famed Mount Panorama Circuit, which Red Bull/Triple Eight used to prepare for the Supercheap Auto Bathurst 1000.

“When we learned it was developing a sim-version of Mount Panorama, we reached out to iRacing in order to give our team an advantage in pre-race training for Bathurst. We were highly impressed by the accuracy of their product and by iRacing’s ‘can-do’ attitude.

“We’re looking forward to working with them to develop what I am confident will be a very exacting digital version of Holden’s new VF Commodore.”

In addition, hundreds of photographs, chassis set-up details and audio recordings of the car will be utilized to create a prototype version of the online car, which will subsequently undergo thorough testing by veteran sim-racers and Red Bull/Triple Eight drivers.

The Holden VF Commodore is expected to join iRacing’s extensive line-up of digital race cars in mid-2014. Go to www.iracing.com for a complete inventory of all the race cars, tracks, series and unique features on the most realistic racing experience ever created for a personal computer.