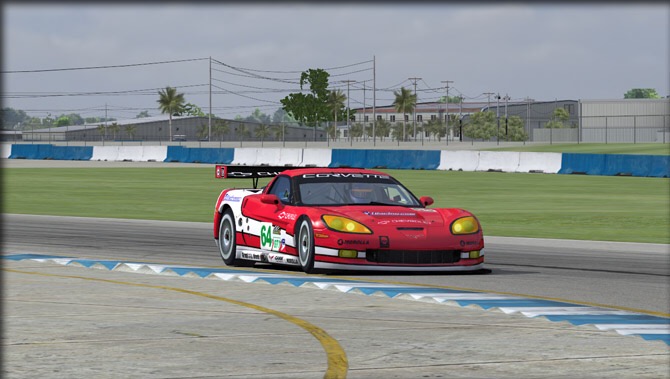 Today the name Corvette signifies performance on the street and the race track, but America’s first true sports car had a checkered racing history in its early years. In part because of Chevrolet’s avowed non-participation in motor sports following the 1955 Le Mans disaster, the terms Corvette and racing were usually synonymous with privateers like Dr. Dick Thompson, Don Yenko and John Greenwood. That began to change in the 1980s with the Corvette GTP car (designed in partnership with Lola) and reached full flower at the dawn of the 21st century when Chevrolet teamed with Pratt and Miller Engineering to design, develop and race a competition version of the Corvette C5 at the highest levels of international sports car racing. After some initial teething pains, the C5.R won the GT class at both 24 Hours of Daytona and Le Mans in 2001 and went on to add three straight wins at Sebring, two more wins at Le Mans and, along with three consecutive American Le Mans Series GT1 titles.

By 2005 the new and improved Corvette C6 was ready for market, and the C6.R soon followed. Like its predecessor, it utilized a 427 cubic inch V8 developed by Katech Engine Developments. Featuring a dry sump, CNC ported cylinder heads, titanium valves and connecting rods and a steel forged crankshaft, the LS7R engine was officially good for 590 BHP and 640 pound feet of torque. The C6.R was a logical development of its forerunner, albeit with a single air intake, flush headlamps and a reconfigured profile ‘ particularly the roofline. Coupled with an improved rear diffuser, a more efficient rear wing and a revised front bumper, the CR.6 generated the same amount of downforce as the CR.5 but with 6% less drag.

The C6.R took up where its predecessor left off, winning Corvette’s fifth straight ALMS GT1 title and, despite fierce opposition from the ProDrive Aston Martins, a third class win at Le Mans. Corvette went on to dominate GT1 competition in the United States and Europe, earning four ALMS titles and a total of six class wins at Le Mans and Sebring, before General Motors announced the GT1 CR.6 would be retired midway through the 2009 season in order to enter GT2 competition. The CR.6 went out with guns blazing, winning at Sebring and Long Beach before earning a final victory at Le Mans to cap one of the most dominating runs in the annals of sports car racing.

In this article:C6.R, Chevrolet, Chevy, Corvette