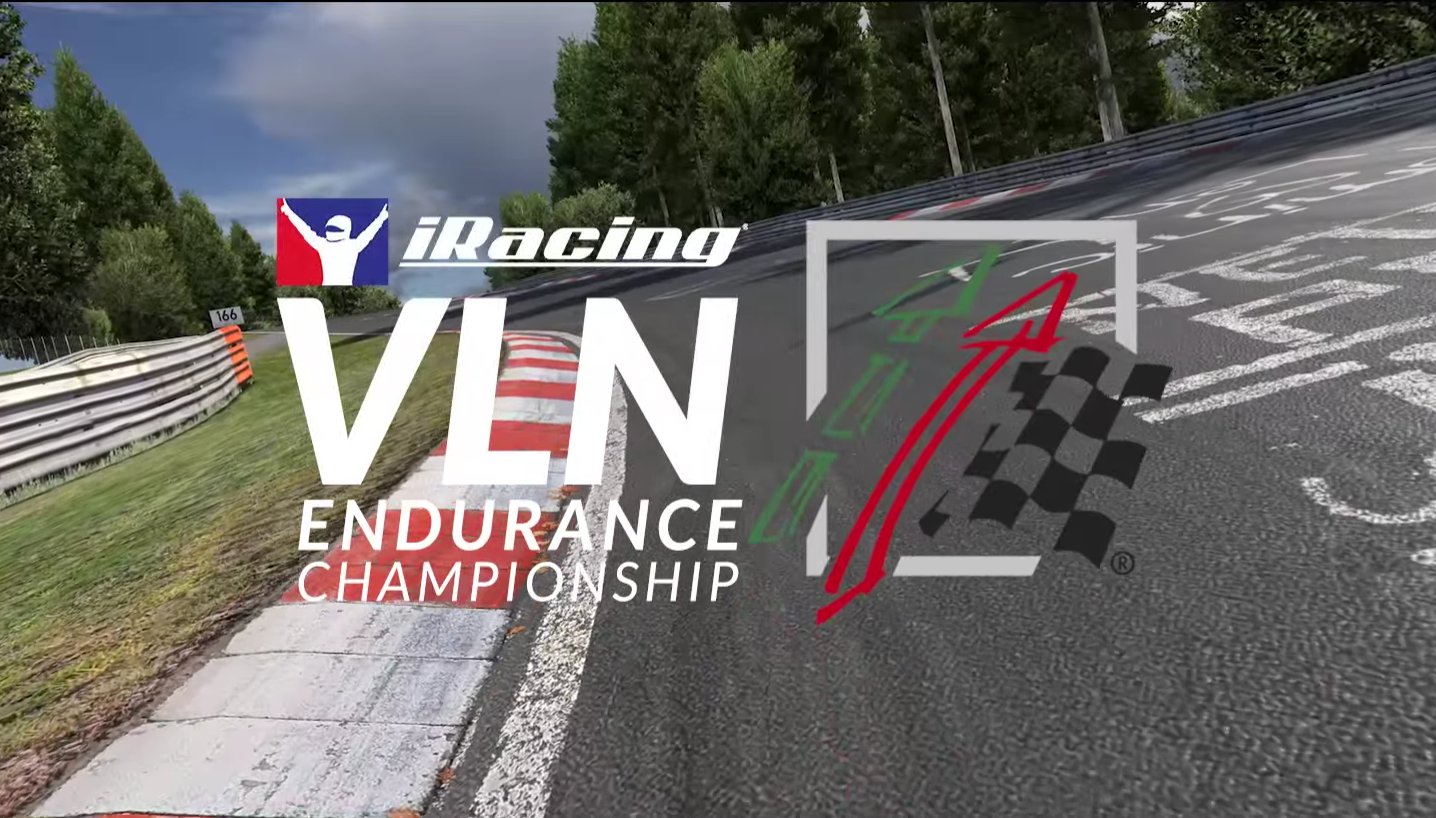 iRacing laser scanned and built the Nürburging last year, releasing the track to its 60,000 active racers in December to rave reviews. iRacers can race the Nordscheife, the GP Strecke and several combined versions of the tracks from their home computers.

“Collaborating with the VLN series to make an official online series is one more way we separate ourselves from the other ‘games’ out there. Our version of the track is millimeter accurate and to now have an official VLN series just adds to the immersion for our members,” said Tony Gardner, President, iRacing.com. “Our iRacing members can’t get enough racing at the Nürburging and have been requesting a real VLN series since the day we announced we were adding this historic track – I know they will be excited to race in the iRacing VLN Endurance Championship.”

“We first met with iRacing at the 2014 SimRacing Expo here at the Nürburging and immediately realized this would be a great partnership, offered Marius Golombeck, from VLN. “Now with the addition of the new generation GT3 cars, the Audi R8 LMS and the Mercedes-AMG GT3, the timing couldn’t be better to launch the official iRacing VLN Endurance Championship. Without a doubt this is going to be an exciting partnership and a fantastic way to promote sim racing.“

Competitors in the real world VLN Endurance Championship have also taken notice. Maro Engel, driver of the #6 Black Falcon Mercedes-AMG, and Laurens Vanthoor, driver of the #5 Phoenix Racing Audi R8 LMS, are both active iRacers who currently compete in the VLN Endurance Championship. Having turned many laps on iRacing’s rendition of the Nürburging as well, Engel and Vanthoor are in the unique position of knowing just how exciting the VLN series is and what it will mean to iRacers.

“Having raced on both the real Nürburging and on iRacing, I know that this new virtual series will be fantastic. It will be a fantastic way for sim racers around the world to get a real taste of the VLN series,” said Engel. “It’s amazing to be able to race my Mercedes-AMG GT3 car in iRacing, at the Nürburging, and I’m looking forward to this new series.”

“The VLN Endurance Championship is a very challenging series, and unlike any other series in the world. It’s exciting that so many more people will be able to experience it through iRacing,” said Vanthoor. “iRacing keeps getting better and better – first they built the Nürburging, then my Audi R8 LMS and now a true VLN series – these three together really make for some great racing.”

You can watch a live broadcast of each race at iRacing.com/live or www.vln.de.

iRacing.com goes to extra-ordinary lengths to simulate real racing for its enthusiastic customer base across a wide range of motorsport from stock cars, sports cars and touring cars to open wheel racing, sedan racing and showroom stock racing.  iRacing is home to hundreds of private leagues as well as dozens of official series, many run in partnership with the world’s foremost professional racing organizations including VLN, NASCAR, INDYCAR, IMSA, SRO Blancpain and the V8 Supercar series.

iRacing.com, which has had over 200,000 members join since 2008, is available 24/7 to join or race. iRacers in more than 150 countries compete against one another from their homes using an inexpensive gaming racing wheel/pedal set connected to their computers.

The iRacing Creventic Endurance Series is set to return for a four-race 2022 season, bringing some of the most exciting endurance racing action to...

Experience some of the world’s most legendary race events on iRacing. Build your team and race in full-length 6 hour, 12 hour, and 24...