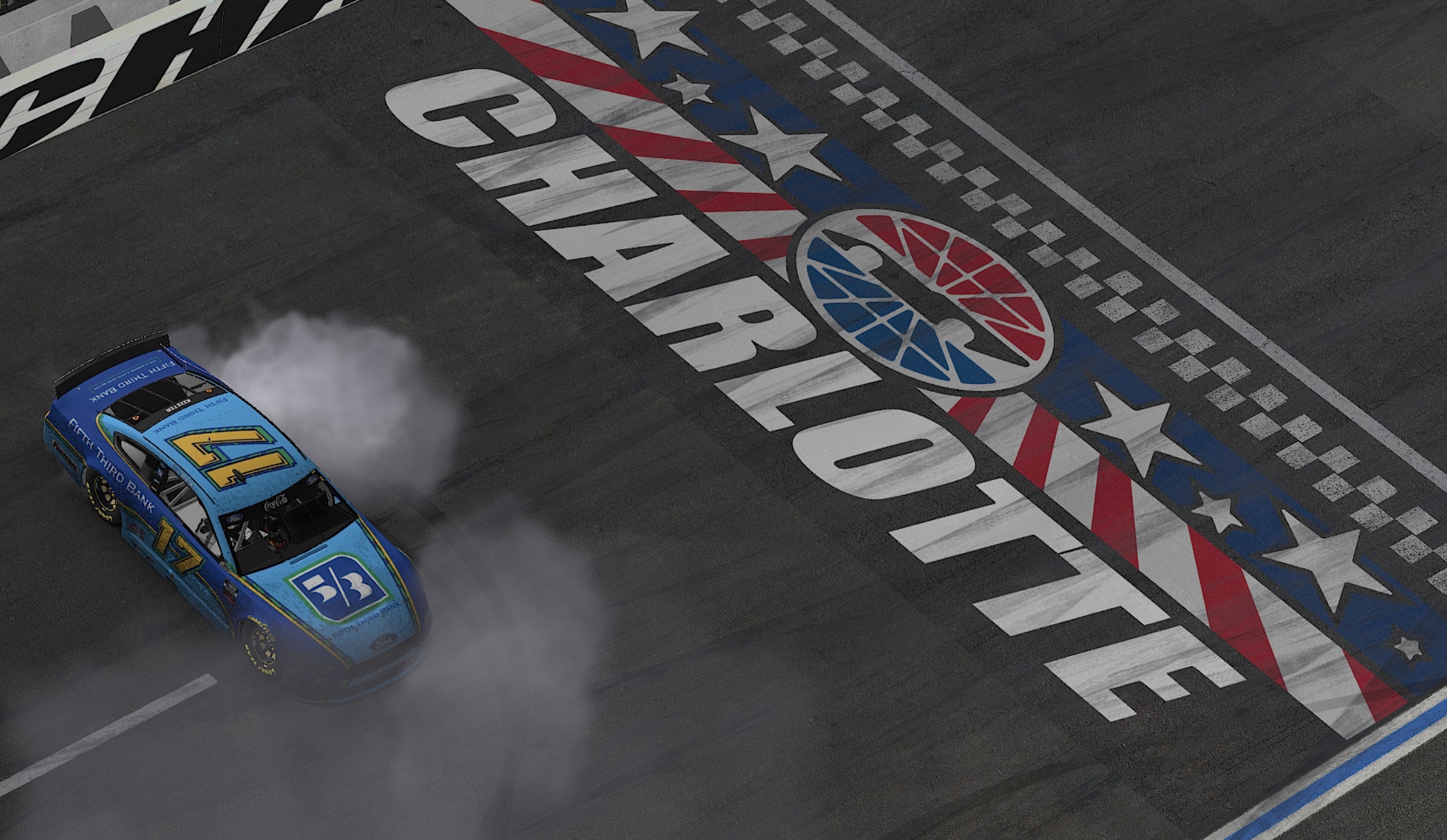 Rookie Kollin Keister of Roush Fenway Racing survived the season’s longest race, varying pit strategies and a late-race charge from one of the series’ best to bring home his first career victory in the eNASCAR Coca-Cola iRacing Series at Charlotte Motor Speedway.

The Coca-Cola 300 is historically one of the most grueling races on the Coca-Cola Series schedule, and it has a tendency to produce unexpected winners; since the inception of the series in 2010, Charlotte has produced a different winner each year. This time was no exception.

Denny Hamlin Racing’s Keegan Leahy started the 200-lapper from pole position, his third of the season, and looked like a force to be reckoned with early in the going. His lead, however, quickly gave way to a charging Michael Conti of JR Motorsports in the opening run.

The race, which was slowed just once for caution on Lap 7 when Dylan Duval sent Phil Diaz for a spin, set up for a handful of differing pit strategies throughout the course of the evening. While some of the fastest cars like Conti and Leahy opted to pit more frequently to preserve on-track speed, others chose to make the fewest stops possible, managing tire wear as efficiently as possible.

As the final round of green-flag pit stops cycled through, it was Keister, the rookie, leading the field with veteran Ryan Luza – a former series champion and 15-time race winner – applying pressure from behind. Still, Keister kept cool, despite an intimidating face in the rearview mirror and the unknowns of if – or when – Conti and crew on fresher tires would catch the lead group.

Pressure from Luza turned out to be a non-factor for Keister, who extended his lead in the closing laps. Conti and the three-stop bunch were nowhere to be found.

At the end of 200 laps, Keister put his Ford Mustang in Victory Lane in just his sixth Coca-Cola Series start. He’s the first first-time winner since Ashton Crowder won at Darlington last August and the fourth driver to score career victory No. 1 at Charlotte.

Garrett Lowe managed to get past Luza late in the evening to finish second. Conti’s three-stop strategy went sour, resulting in a 16th-place finish after leading 75 laps.

Luza extended his lead in the standings to 20 points over Leahy. Leahy moves ahead of Bobby Zalenski, who finished outside the top 10 for the second consecutive race after leading the points for much of the season.

The next challenge on the menu for the eNASCAR Coca-Cola iRacing Series takes place on May 26 at Atlanta Motor Speedway, where Matt Bussa last took home the victory in 2018.