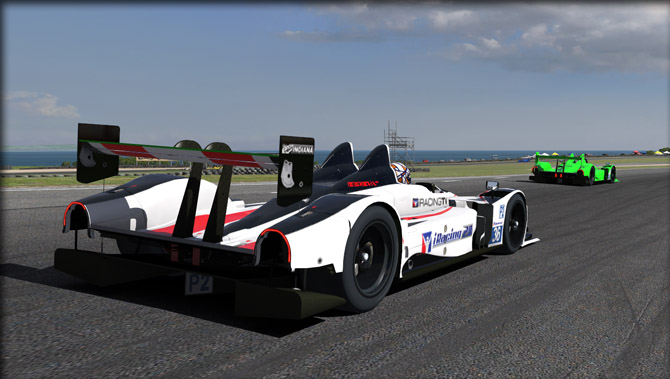 The HPD ARX 01c ranks among the fastest and most innovative sports prototypes ever built. Winner of the LMP2 class in the 2010 24 Hours of Le Mans, the HPD ARX 01c traces its roots to the Acura ARX 01c that scored an historic class win in its debut in the 2007 12 Hours of Sebring and went on to score several overall wins in the American Le Mans Series against the more powerful and (theoretically) faster LMP1 competition.

The HPD ARX 01c chassis features a carbon-fiber monocoque with push-rod, double wishbone suspension, front and rear, and is equipped with six piston, aluminum caliper brakes with carbon discs. The car is powered by a 3.4 liter V8 which produces approximately 480 horsepower transmitted through a semi-automatic six speed gearbox. Coupled with the substantial downforce generated by an assortment of wings, flaps and tunnels, the HPD ARX 01c is as nimble as it is powerful and, with the aid of traction control, equally proficient under acceleration and braking. In short, the HPD ARX 01c is the very definition of the modern sports prototype.

Check out this video featuring two of iRacing’s virtual machines, the HPD ARX 01c and the Ford GT.