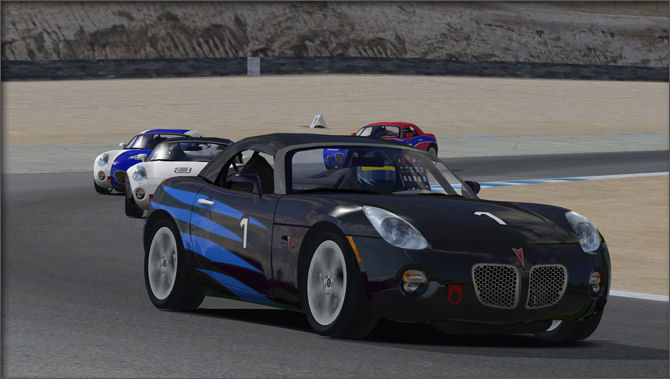 When General Motors’ Pontiac division created an instant hit with the motoring public when it introduced the Solstice roadster. It also created a great showroom stock road-racing competitor. In its Z0K Club Sport version, created by the GM Performance Division, the Solstice has won two consecutive Sports Car Club of America Showroom Stock B national titles. (In turbocharged GXP trim and with iRacing.com sponsorship, the Solstice has also won the SCCA’s T2 national championship.

With a weight distribution that is close to 50/50 and a sophisticated fully-independent suspension system, the Solstice is a well-balanced and good handling car. With a curb weight (including driver) a little over 3,000 pounds and 177 horsepower, the Solstice is a momentum car – which actually makes it a great learning tool. The Solstice rewards smoothness and precision, critical skills in becoming a fast driver in any car, and punishes ham-fisted inputs on the controls in a way that is masked in more powerful race cars.

In this article:Club Sport, Pontiac, Solstice