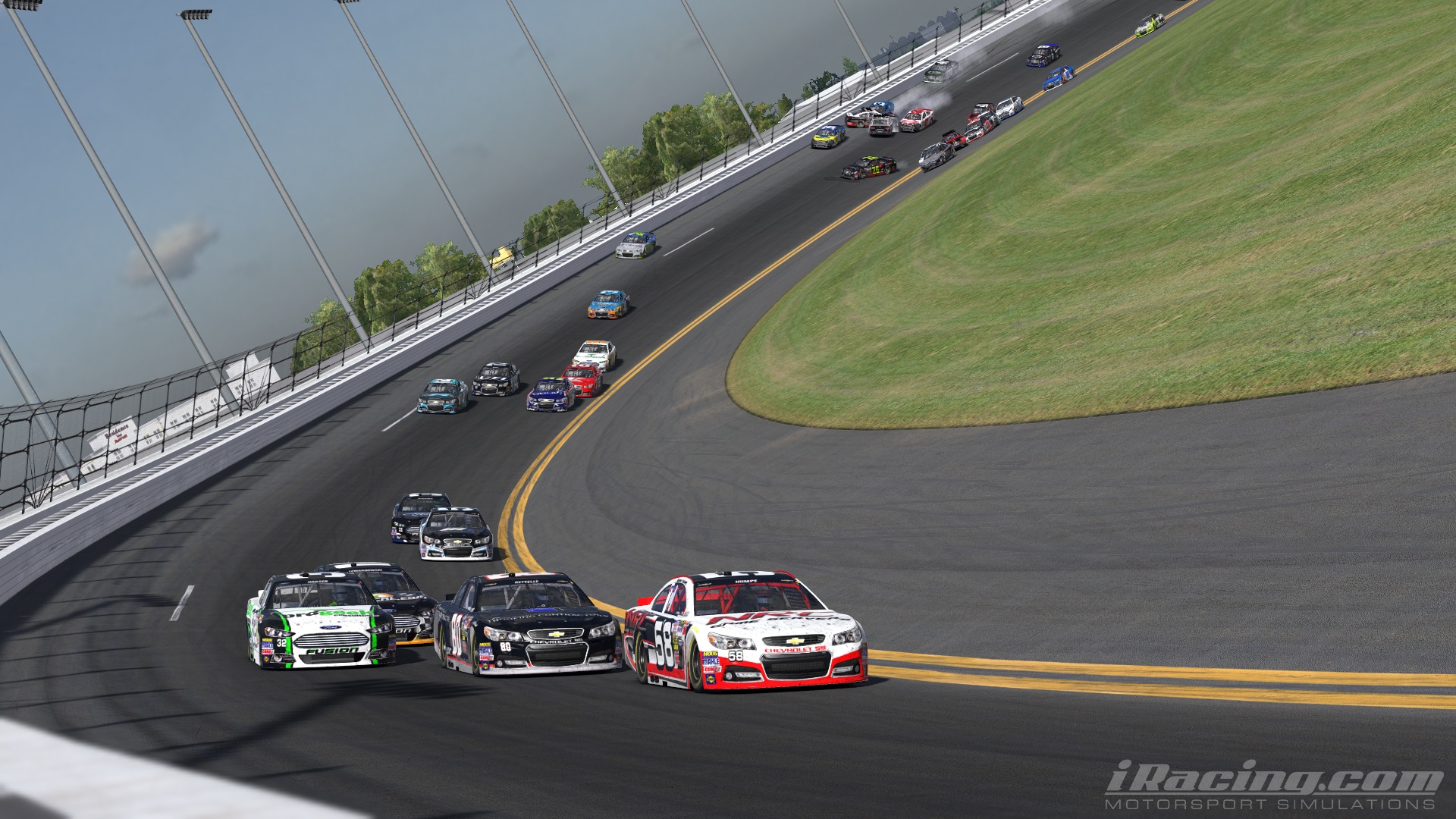 Fresh off his incredible hot streak to close the NASCAR iRacing Pro Series, Kenny Humpe got his NASCAR PEAK Antifreeze Series Powered by iRacing.com season off to a fast start by winning the season-opener at Daytona International Speedway. Humpe had to survive a green-white-checker finish which was cut short by a wreck in the middle of the pack. Brandon Kettelle finished second followed by Danny Hansenand Thomas Lewandowski, who seemed to have a shot at the win before the yellow flew. Brian Schoenburg rounded-out the top five.

“Once the second pit stop was over, I was able to choose the right line at the right time and found myself leading the front pack,” said Humpe. “I got lucky with the final caution to come out as I was pretty much a sitting duck out front on that last lap.”

Sitting duck might have been a slight exaggeration, but there was no question Hansen and Lewandowski had a big run going when the yellow came out. “Man if that thing would have went green I think I could have won it, but it could have gone far worse, you can’t complain about third,” said Hansen after his career-best NASCAR Peak Antifreeze Series finish.

After biding his time and showing great patience during the first two runs of the race, Humpe made his move after the last pit stop. With 33 laps to go, Humpe drafted his way to the front of the lead pack, where he would remain for most of the remaining circuits.

Humpe’s biggest threat for the win came from Kettelle, who used a perfectly-timed slingshot move — aided by the draft of Byron Daley — to take the lead with 22 to go. Unfortunately for Kettelle, he made his move to the front far too soon and Humpe used the same exact move to retake the lead seven laps later.

With 11 laps left, it was Daley’s turn to try Humpe on the outside. Daley made his move off of Turn Two and looked to side-draft Humpe to gain some momentum, causing Humpe to make his one mistake of the online race. When Daley made his move, Humpe moved up the track in an attempt to throw off his run, but it did not work and Kettelle, who was running behind Humpe at the time, took advantage and put Humpe in the middle of three wide for the lead.

Luckily for Humpe, Hansen decided to push him and not Daley, allowing Humpe to maintain his track position and slot back in line on the inside. Then, with only seven laps to go, Humpe used the same move as earlier to pass Kettelle for the lead. He would never look back.

A lap later, the first caution flag of the night flew when Lewandowski made slight contact with Brad Davies, sending Davies spinning up the track and collecting over half of the 15 lead-lap cars running in the lead pack.

The wreck set up a two lap sprint to the finish. Hansen timed the restart well, but Humpe and Kettelle got their cars attached in a tandem draft before Hansen could team-up with Lewandowski. However, once Hansen and Lewandowski hooked-up off of Turn Two and they quickly started reeling-in the two leaders down the backstretch. By the end of the backstretch, Hansen was on Kettelle’s bumper and made a move to the outside entering Turn Three. Shortly after that, Hansen’s hopes were extinguished when a four-wide battle into Turn Three farther back in the pack set off another massive crash, ending the race under the caution flag.

After 93 green flag laps, this melee eliminated half the lead pack including defending champion Tyler Hudson.

It was a bad day to be a former champion of the series as both Tyler Hudson and Ray Alfalla found trouble. Alfalla’s trouble was self-induced, as a pit road speeding penalty caused him to lose the lead draft. Alfalla’s day was made better by the wrecks, though twenty-first still has to be disappointing for a former Daytona race winner. Hudson ran up front for most of the race, but was involved in the first big crash. The damage to his car was too severe to continue, leading to a fortieth place finish for the defending champ. While it was a challenging day for both, remember that there is one drop week in the series so the two champions are not by any means out of the running for the 2014 title.

With the only restrictor plate race of the season in the rear view mirror, the “real” season gets underway at Las Vegas Motor Speedway in two weeks. The tough 1.5 mile track will show who is ready to contend for the 2014 championship and who still has some work to do. Expect Alfalla and Hudson to rebound from their tough first week, but Humpe, who feasted on the 1.5 milers in the NASCAR iRacing Pro Series, should be strong as well.

Be sure to tune-in to iRacing Live in two weeks’ time to catch Round Two of the 2014 NASCAR PEAK Antifreeze Series from Las Vegas!