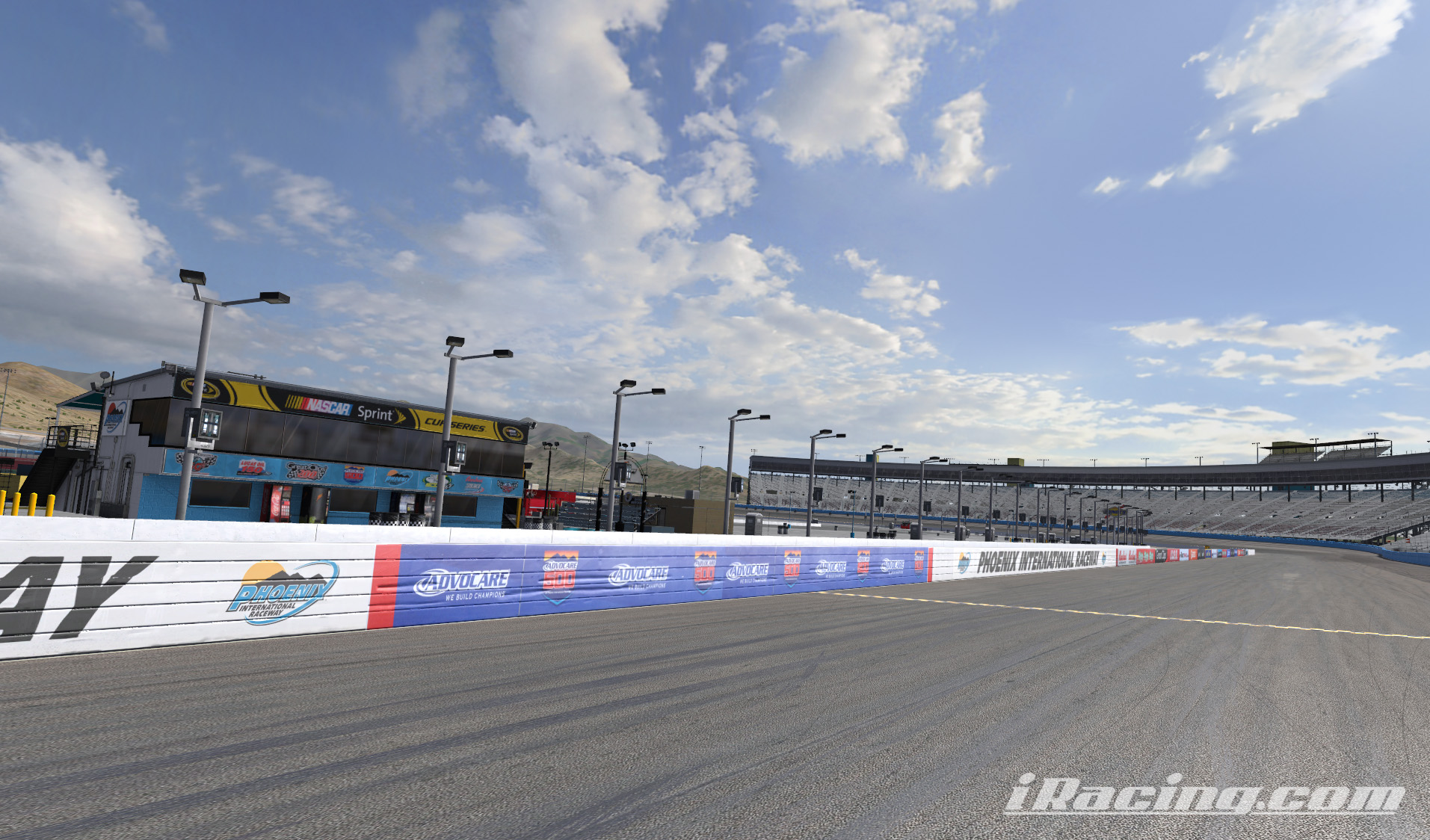 iRacing is now selling the new and completely redone Phoenix International Raceway oval including a night version for normal price of $14.95 as a new track. However many wanted iRacing to keep the older version of Phoenix as well which including multiple layouts so it will be kept and reduced to $5 going forward. Any member who previously owned Phoenix will be issued a $5 credit.

iRacing also actually created two configurations for Phoenix as the track has a unique characteristic which some will want and some will not. One configuration is simply called “Oval” in which you can’t cut the dogleg. Cones were put in as a visual so you can see where the markers were put for race control and marked out of bounds. You need to stay to the right.

The other configuration which NASCAR runs real world is called “Oval with Dogleg open”.