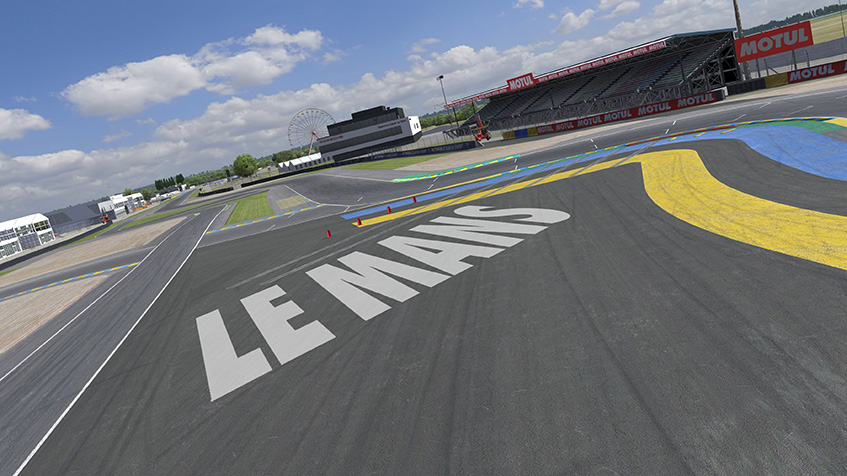 The world’s most historic endurance race track – Circuit des 24 Heures du Mans – is now available on iRacing.com, the world’s leading online motorsports service.  Under development for more than a year, iRacing’s digital rendition of the 13.6 km/8.4 mile circuit is based on state-of-the-art laser scanning conducted during the week leading up to the 2015 running of the 24 Hours of Le Mans.

“The release of the Circuit des 24 Heures du Mans culminates more than a year’s worth of work by our outstanding artists and software engineers,” says Tony Gardner, President of iRacing.com.  “The result is the only fully-produced and complete laser scanned version of the track.  It’s truly a work of art, one I am sure sim racers everywhere will enjoy and which will dramatically enhance the rapid growth of endurance sim racing pioneered by iRacing.”

The release of the Circuit des 24 Heures du Mans comes less than a year after iRacing completed the famed Nürburgring’s Nordschleife and Grand Prix Strecke, and enables more than 65,000 iRacers to race more than 50 different digital cars on two of the world’s most iconic – and longest — race circuits.

To experience the unparalleled fidelity of iRacing’s digital version of the Circuit des 24 Heures du Mans and more than 70 other digital tracks   – and to take advantage of 40% off special offers — go here:  http://www.iracing.com/

iRacing previously announced that they licensed and are building the Ferrari 488 GTE car. What iRacing did not announce is that they also licensed the...

Check out these first screenshots from iRacing.com’s virtual Circuit des 24 Heures du Mans. This track will be made available to iRacer’s everywhere #soon....

Home of the legendary 24 Hours of Le Mans, the Circuit des 24 Heures du Mans is hallowed ground in the world of motor...