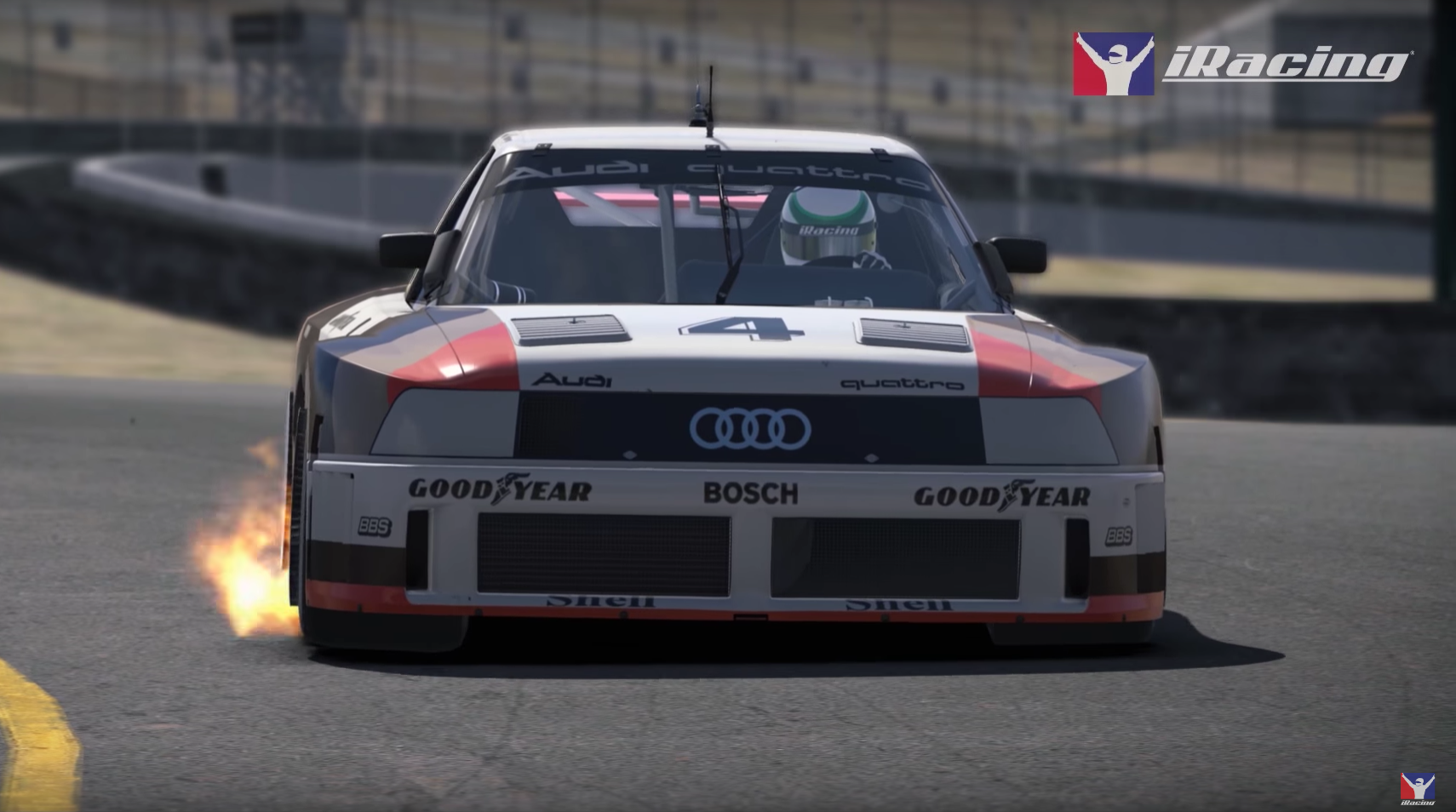 The Audi 90 GTO scorched a turbocharged, all- wheel drive path across the 1989 IMSA GTO series leaving an indelible mark on the American racing scene.  With today’s release of iRacing’s digital version of the car, the virtual Audi 90 GTO is poised to make a similar impact on the sim racing scene around the world.

With Hans Stuck and Trans-Am champion Hurley Haywood at the controls, the Audi 90 GTO dominated the IMSA GTO competition in 1989.  Stuck drove to victory at Summit Point, Mid-Ohio, Topeka (Heartland Motorsports Park), Sears Point, Watkins Glen, Lime Rock and Laguna Seca, ably supported by Haywood who delivered an Audi one-two on five occasions.  However, given that Audi had skipped the opening rounds at Daytona and Sebring, Stuck and Audi finished second in the drivers and manufacturers point standings to Pete Halsmer and the Mercury Cougar XR7.

While the Audi 90 GTO didn’t win a championship it accomplished something far more rare:  It won the hearts and minds of a generation of motorsports fans.  Starting today, sim racers of all ages all over the world can experience the Audi 90 GTO’s breathtaking performance for themselves.  The car’s 700+ horsepower (530 kW) and prodigious torque (531 ft-lb/720 Nm) is all faithfully transmitted to the virtual tracks of iRacing thanks to the incredible grip of Audi’s ground-breaking all-wheel drive system . . . and the tireless work of iRacing’s renowned vehicle dynamicists, software engineers and artists.

In this article:Audi, Audi 90 GTO

iRacing is introducing Audi to the family. The 2016 Audi R8 LMS GT3 car is slated for release in the next build update this...