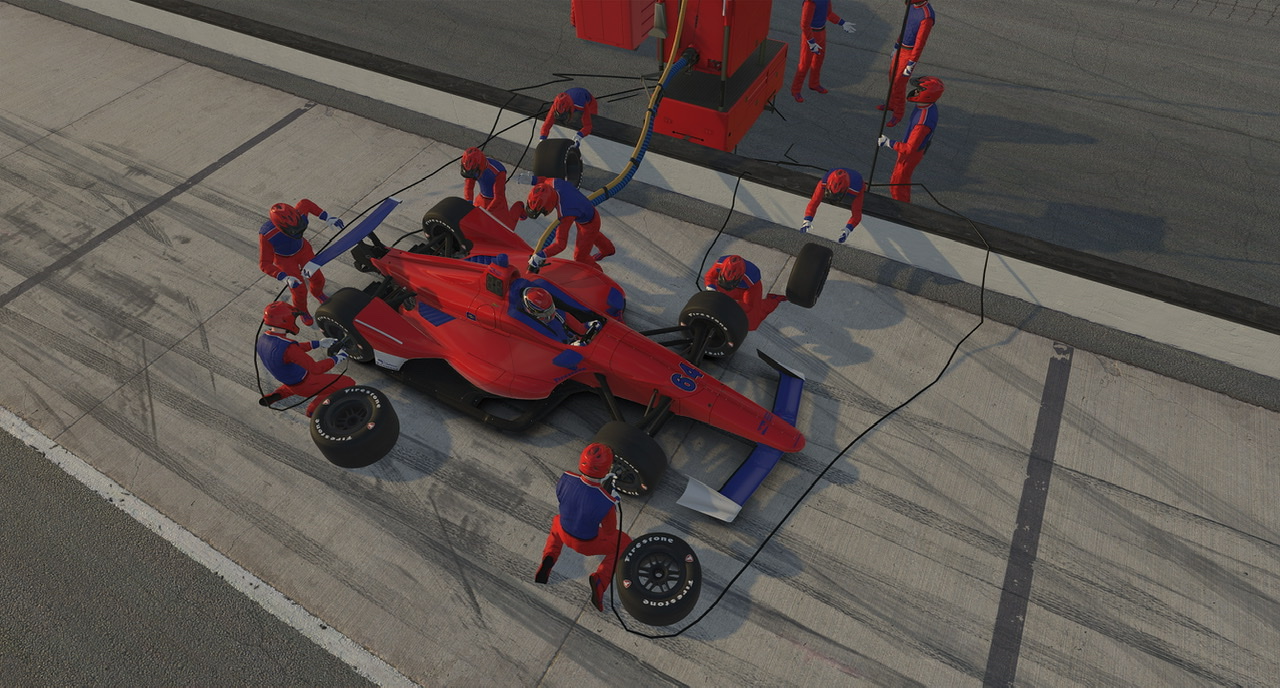 iRacing’s Greg Hill posted this update on the forum:

This December build was a big one for us with a bundle of great content releases and huge new sim features. We’re not done though as we still plan to finish up a couple of very exciting projects over the next month or so.

The first project has been the creation of the animations and technical systems required for a pitstop with the Dallara IndyCar. This project has been occupying our animation team for quite some time due to its technical requirements. IndyCars are fueled through a flexible fuel hose that’s attached to a fuel storage tank. The tire changers also carry air guns which are attached to air hoses. To support the hose and the variability of pitting positions, we had to build out the technical systems to allow it. Complicating matters is that unlike some games which essentially play a pit stop movie, we permit our drivers to stop in their pit stalls in a variety of valid positions. This investment of time will pay dividends when we animate additional pit crews which use similar equipment. We’ve been focusing primarily on the IR18, but the DW12 and IR-05 are not far behind.

We’ve also been working really hard to complete The Chili Bowl. This project has been a fun change of pace for our art team who are used to working on outdoor environments. The Chili Bowl is fully contained inside a building so it has taken a different approach to how we build out the scenery, where we invest in detail, and how to create appropriate lighting. Right now we’ve got the expo center and all other trackside objects completed. We’re in the process of implementing the track surface textures for the dirt, the berm, the fencing, and the white line. We’re also working on lighting the track properly.

We’ll be releasing both of these projects to you all in the coming weeks. We’re not ready to commit to a specific date, but we can say that the Chili Bowl will be released before the race in January.

Until then here are a handful of sneak peak images…

Buckle in for the fourth build of the 2021 iRacing season! Today’s Season 4 deployment is chock full of new content and features for...