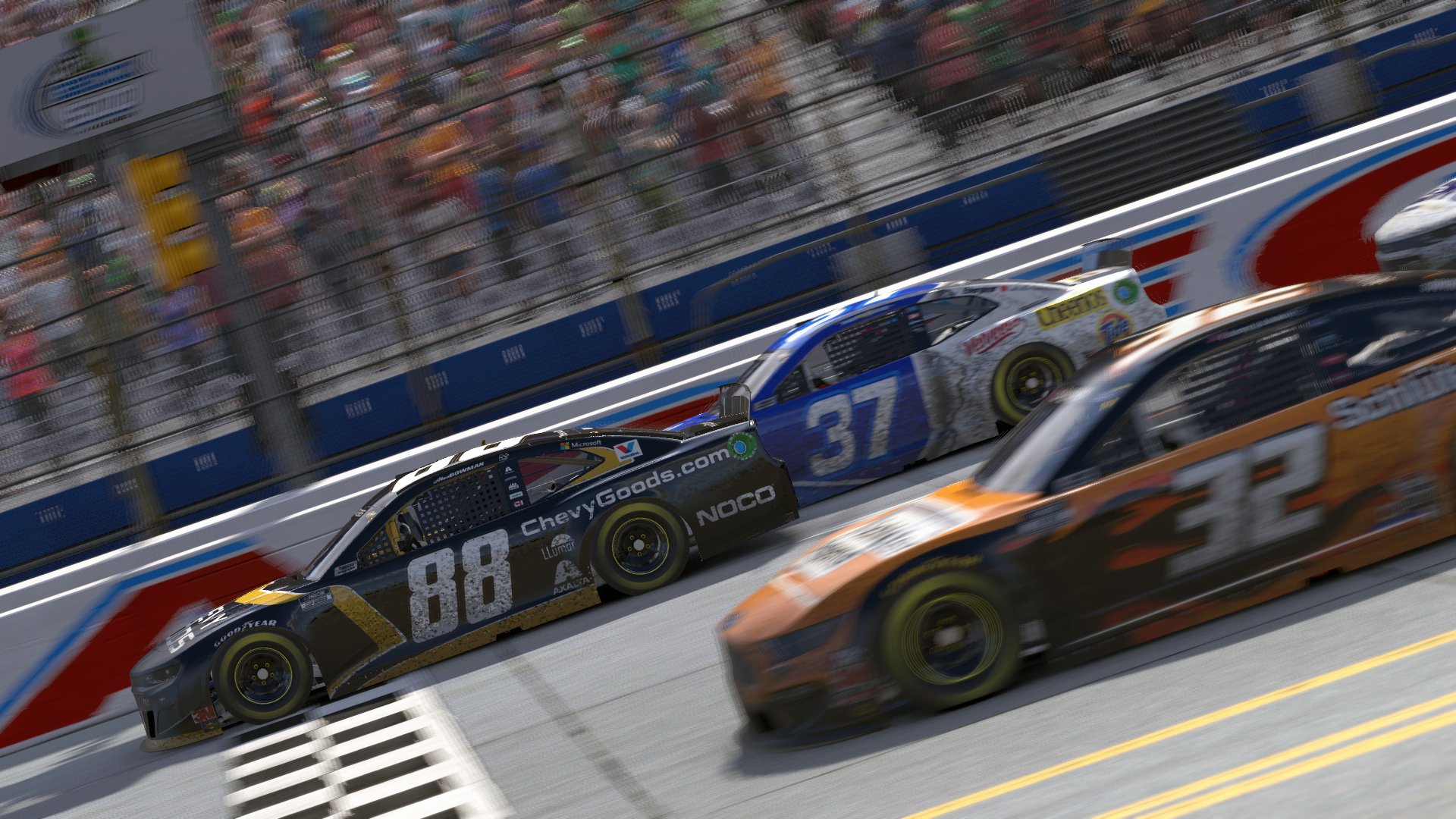 As is typical for superspeedway racing, both in the real world and the virtual one, the event featured plenty of passing and its fair share of big wrecks. The lead changed hands 27 times among more than a dozen drivers, with Brad Keselowski and John Hunter Nemechek tied for the most laps led with 11 apiece. Bowman himself led eight laps, while LaJoie, who qualified on the pole, paced the field for seven.

Sunday’s race was notable for the iRacing debut of four-time NASCAR Cup Series champion Jeff Gordon, who drove a throwback paint scheme inspired by his 2004 Talladega-winning car. Gordon joined Clint Bowyer to race from the FOX Sports studios in Charlotte, starting 29th. Unfortunately, after being caught up in multiple accidents—one which sent his car flying through the air—Gordon finished 38th, nine laps behind the winners. He still managed to beat Denny Hamlin, who revealed after the race that his daughter had shut his monitor off in the middle of the race.

The final restart came as a result of a multi-car wreck in Turn 1 with just three laps to go. Joey Logano careened into the outside wall, setting off a chain reaction that sent his teammate Ryan Blaney flipping and ended the winning hopes of a number of other cars. Bowman and Ty Dillon lined up side-by-side on the restart and were poised to battle for the win as drivers wrecked behind them on the final lap, but LaJoie spun Dillon into the tri-oval coming to the checkered flag to drop the Germain Racing driver from a potential victory to a disappointing 23rd place.

The eNASCAR iRacing Pro Invitational Series continues on Sunday with a visit to Dover International Speedway. The race can be seen once again at 1PM ET on FS1, FOX, and the FOX Sports app. For more information on iRacing and for special offers, visit www.iracing.com.

For the second event in a row, Rick Ware Racing’s James Davison was far and away the dominant driver in an eNASCAR iRacing Pro...

Finally, the moment we’ve all been waiting for: the eNASCAR iRacing Pro Invitational Series visits the virtual streets of Chicago tonight for the inaugural...