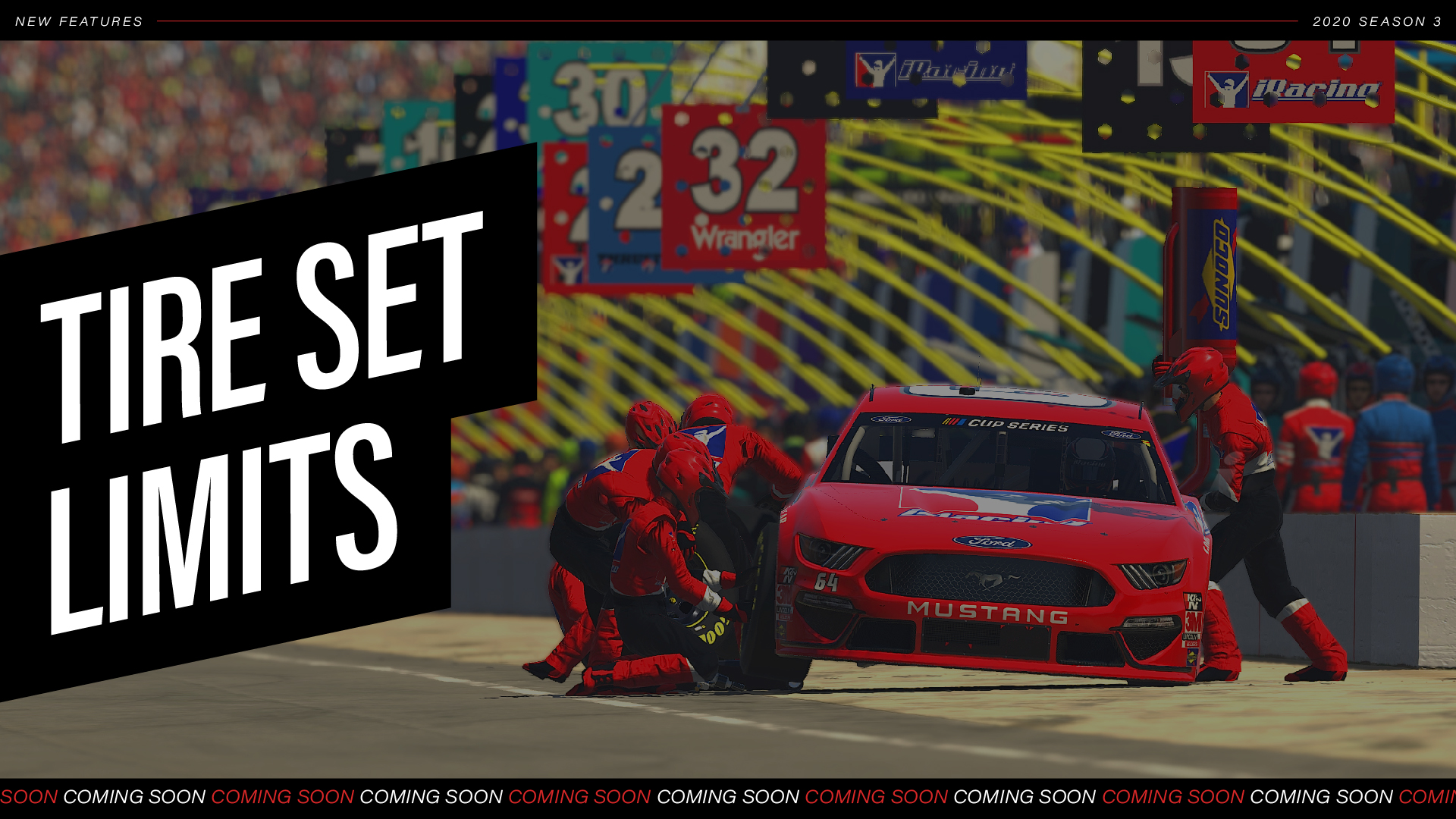 It’s one of the most important factors on a rough track: how well you manage your tires, and keeping a fresh set for the end of the race. Starting with 2020 Season 3, tire set limits will be coming to iRacing in a limited rollout, starting with five stock car series.

In addition to these public series, tire set limits will also be available in Hosted and League races.

If you blow a tire and are out of sets, are you effectively out of the race? Will we be able to re-use an older set of tires if we are out of new sets?

For this first phase, no, you can not put older tires back on the car. If you’re out, you’re out.

For some cars, specifically the ones listed in the original post, it will operate as lefts and rights only, not specific corners. For example if you have 2 extra sets and you take rights only now you will have 2 pair for the lefts and 1 pair for the right remaining.

Buckle in for the fourth build of the 2021 iRacing season! Today’s Season 4 deployment is chock full of new content and features for...