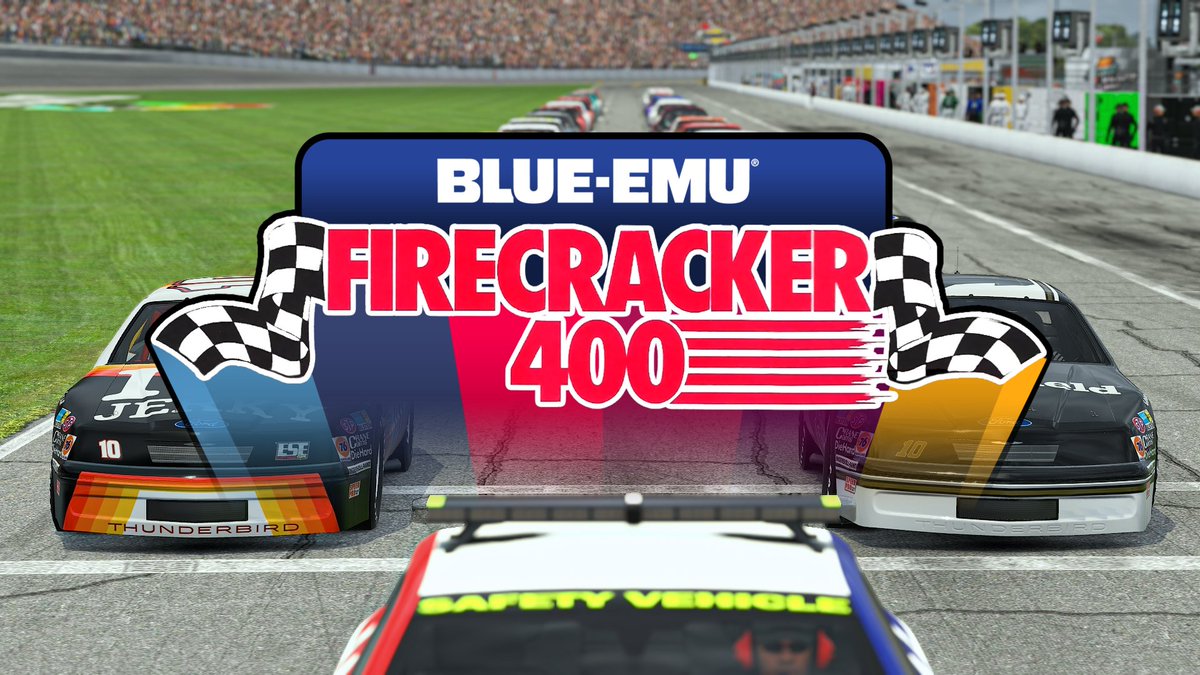 One of iRacing’s biggest independently organized events enters its second stage tonight, as qualifying for the Blue-Emu Firecracker 400 kicks off tonight at 7PM ET. Fans of some of eNASCAR’s biggest stars, as well as some of the fastest real-world pros in the world, can tune in for first and second round qualifying from the virtual Daytona International Speedway over the next two days at twitch.tv/eracr_gg.

88 drivers, comprised of the top 11 finishers of each of last week’s eight heat races, have had their qualifying order locked in through a random drawing. Drivers who fail to crack the top 20 spots in the field through tonight’s session have the option to forfeit their time and requalify tomorrow in hopes of making the big show. All competitors will need to battle not only with open setups, but against real Daytona weather during the qualifying sessions.

Qualifiers 43 through 85 at the end of Thursday’s show will run next Monday’s Firecracker 200, while the top 42 plus one promoter’s provisional will be in the big show next Monday night. The polesitter also has the option of taking the Radius Last 2 First Challenge for the opportunity at a $20,000 bonus.

In this article:eRacr, iRacing, Special Events