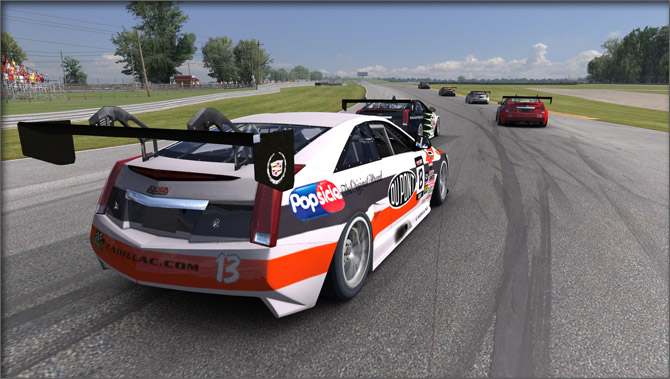 To borrow a phrase from another General Motors division, this is not your father’s Cadillac . . . not by a long shot. The Cadillac CTS-V is one serious race car, one featuring a 460 bhp V8 produced in cooperation with Katech Engine Development and a chassis designed and developed by Pratt & Miller.  The collaboration between Katech and Pratt & Miller is the same that produced the Corvette C6.R GT1 that dominated ALMS and Le Mans GT1 competition for years and, more recently, has propelled Corvette to the forefront of the GT2 class.

Suffice to say the Cadillac CTS-V is living-up to its heritage . . . and then some.  The Caddy scored a pair of SCCA Pirelli World Challenge wins in its first year of competition and, in the hands of veterans Johnny O’Connell and Andy Pilgrim, is a firm favorite to win the GT class championship in the 2012 World Challenge

Check out this video showing the in’s and out’s of the iRacing.com Cadillac CTS-V Racecar