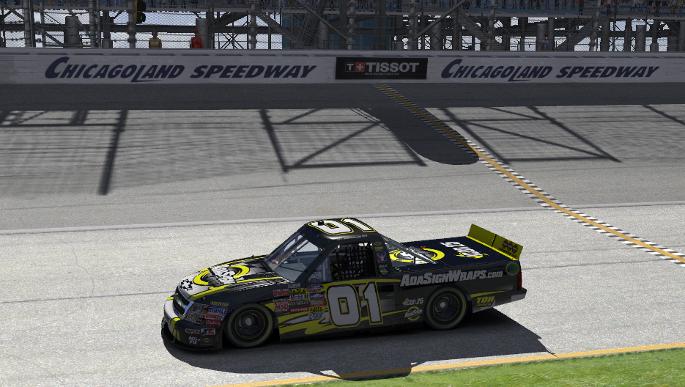 Several members have long asked iRacing to end the current qualifying procedures and move to a new format. iRacing has heard those voices and may look to introduce a new format as early as 2014 Season 2. [ads1]

The proposed system would put a single car qualifying session at the beginning of every race session. If a driver were to join a Chevrolet Silverado race at Auto Club Speedway, there would likely continue to be a 10-minute warmup session that leads to the 5-minute qualifying session to grid for just that race.

Tony Garner writes that next season iRacing may look at adding this new format to the Class C Open and Fixed series as a trial.

We can change this by series so maybe we try it for a couple oval series next season, maybe keeping it easy something like all C Class oval sessions. Just keep in mind it is one or the other so if we put qualifying in the session, that qualifying session is not going to carry over to anything else for the week and will be no stand alone qualifying. Some people like the qualifying itself as sort of an activity, almost like hot lapping.

Again, maybe we try it for a couple series and as some suggested maybe oval ends up that way and road stays the way it is for qualifying in the long run.

Tonight Landon Cassill will once again host a one-lap Qualifying Challenge presented by SelectBlinds. $10,000 is up for grabs for the driver that can...

Tyler Laughlin has landed on the pole for the 2016 iRacerstuff.com Daytona 500. Tyler logged an official lap time of 46.076 seconds over second...

iRacing has confirmed that Interlagos will finally be released, included in the new build coming sometime next week. iRacing finally secured a license to...