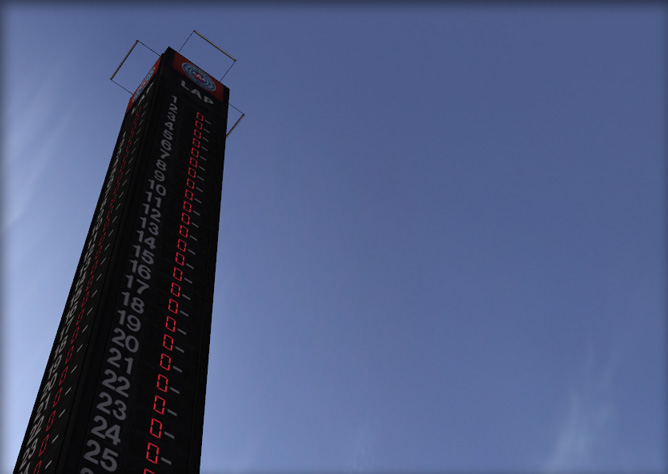 Most of this has been discussed but I’m sure not all have seen it and put it in one-place….

First of all this upcoming build window is very short as most of you know, the build is right around the corner. There is less than few weeks of actual engineering and development in this window before we branch off to testing. Most of the build will be bug fixes, improvements to existing things etc. We do expect the new Ford V-8 to release and also hopefully a nice improvement we made to the net code that will hopefully make it in pending further testing. Some clean-up also going on with the Team feature. There could be a Tire update, I would guess starting with only certain cars as just not enough time with this small window to put on every car, then test, do setups, etc. Dave is pretty excited but has not even gone to testing yet and would not be surprised if a kink shows up or something. Anyway, that is what the deal for this upcoming build at a high level. I know the race engineers also working on various cars trying to make general improvements. Also still working on Steam release.

I don’t expect any new tracks will make it into build. We are working on Monza, Nurburgring and IMOLA. Monza will be first and it is coming out awesome. We also will start working on Five Flags soon. We already scanned it. That is a short track in Florida were they have the snowball derby. We have five employees in Germany this week getting final details we need for the Ring. Such a big track, had to send a big crew!

On cars we have so many things going but I don’t know what will be first honestly after the Ford V-8. Lot of that depends on cooperation we need on data, access to cars etc. Lot of things started right now but some held-up for various reasons. Two weeks ago we were in England measuring and scanning some Aston Martin cars. Other things in the works as well as I said on both the road and oval side. We want to get new trucks done for example and have contacted all three manufacturers to try and get data, cad, etc. Sometimes we get what we need fast, sometimes not.

As far as features, yes working on DX11 and ground work for Open GL as well. We are working on a whole new and improved damage model. Both physical and graphical. Car parts will fall-off car appropriately based on physics and the physics will be better (we hope!) Making good progress on a new track surface model. Again both physical and graphical. Track will marble up, rubber and dust will fly and all that, track will heat up and cool down in a much better way, etc. These things should add some great additional dynamics to the racing, not to mention some realistic cool eye candy. Anther big project in the works is animation. Pit crews for example, a great collaboration between our engineers and art guys. Again making good progress and VERY excited about all three of these projects. The physics guys also have technical projects in the works under the hood working on the overall models. Tires obviously the big one still.

Well that is not enough for now. Almost all of this has been leaked out in various places but thought would put it one place. I have no idea when any of it will be done. Maybe it never will but that is what we are working on that I’m willing to talk about right now because good progress being made. Oh yes and working on a whole new User Interface but again that is a big project involving multiple groups of people. We also are working on the actual iRacing site behind the scenes in terms of stability, efficiency, downtime minimization risk, etc

Good iRacing and thanks for letting us keep working on this beauty or maybe it is a beast. Probably both. Anyway, we are having a lot of fun and appreciate each and every member! We hope you are having fun as well!

AI and More coming to iRacing!

iRacing’s Tony Gardner posted this update today about what to expect from iRacing in 2018! First of all, Happy New Year to all of...

This is Autodromo Internazionale Enzo e Dino Ferrari. Most people know it simply as Imola. Formerly part of the Formula One World Championship circuit,...

The Autodromo Internazionale Enzo e Dino Ferrari – commonly known as Imola in deference to the nearby Italian town – is named for the...