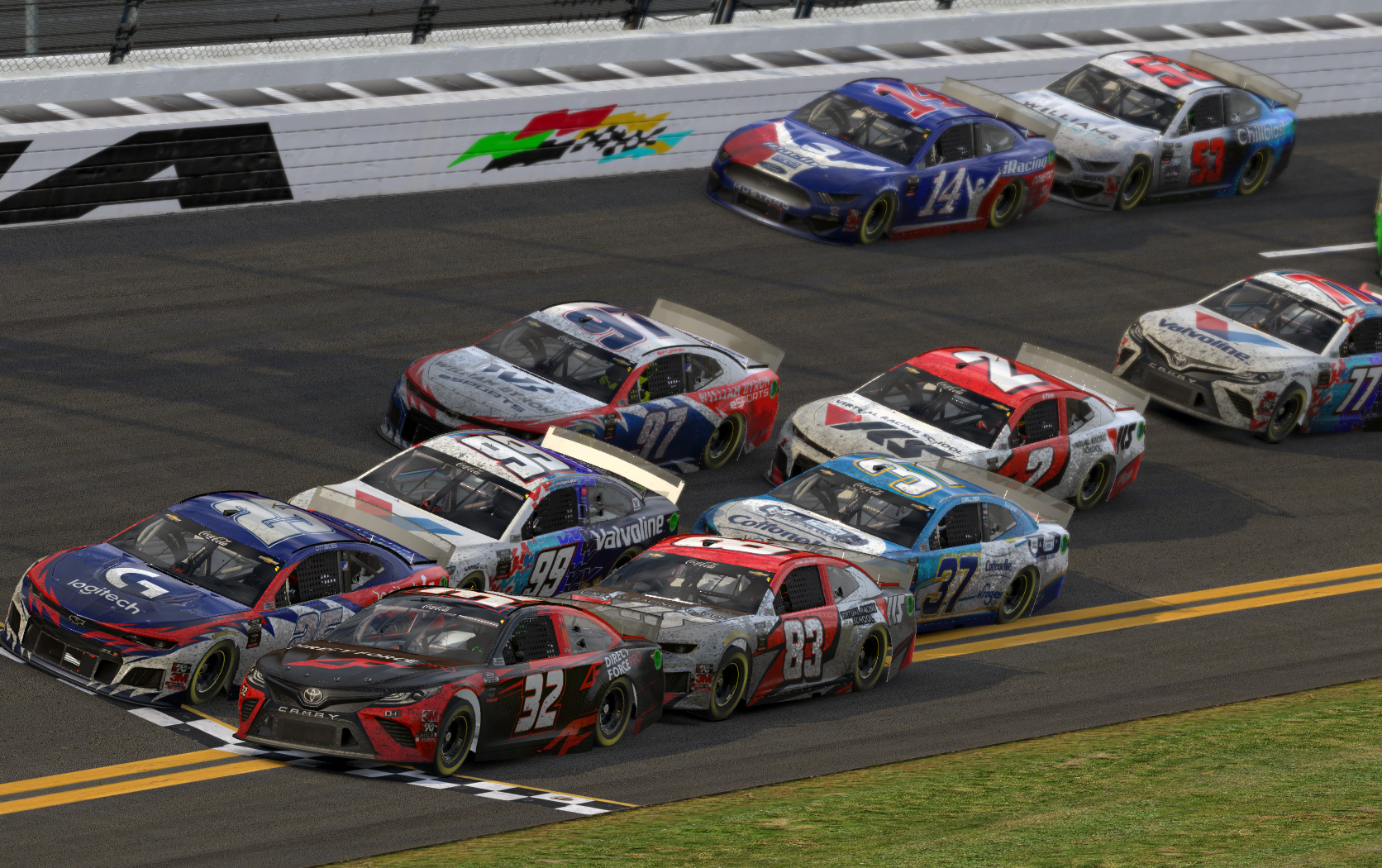 The 26-year-old driver from Nova Scotia claimed his sixth career victory with the photo finish, his first at Daytona. The win pockets him $1,500 – a drop in the bucket compared to the $100,000 prize awarded to the series champ in November.

Leahy worked with a small group of drivers to pit off-sequence from the rest of the field Tuesday, and found himself up front when it mattered for the race’s final 30-lap run to the finish. Although it was likely a play to avoid trouble on the racetrack, the race went caution-free, despite a race dominated by three-wide, inches-apart action.

Still, the race played into Leahy’s favor, holding control of the bottom line with help from Team VRS driver Bobby Zalenski throughout the closing laps. An eventual dive to the apron – ruled OK in the series – may have just sealed the difference between a Leahy victory and an Ottinger triumph.

The margin of victory for Leahy over Ottinger was measured at 0.005 seconds – or, for reference, the equivalent of the fourth-closest finish in NASCAR Cup Series history. Yeah, that’s pretty close!

Keegan Leahy was rolling up to Daytona with winning on his mind after coming up one corner shy of winning the 2019 eNASCAR Coca-Cola iRacing Series championship last fall, finishing second to Zack Novak. Leahy’s clearly marching toward redemption and a piece of that $300,000 series purse.

The win gives Denny Hamlin Racing a perfect win ratio – one-for-one since joining the series this year. Although, in our minds, hanging at Denny’s place after signing a contract already counts as a win. So, that’s two victories after one race – right, Keegan?

The eNASCAR Coca-Cola iRacing Series heads next to Auto Club Speedway on February 25.

In this article:eNASCAR, Keegan Leahy