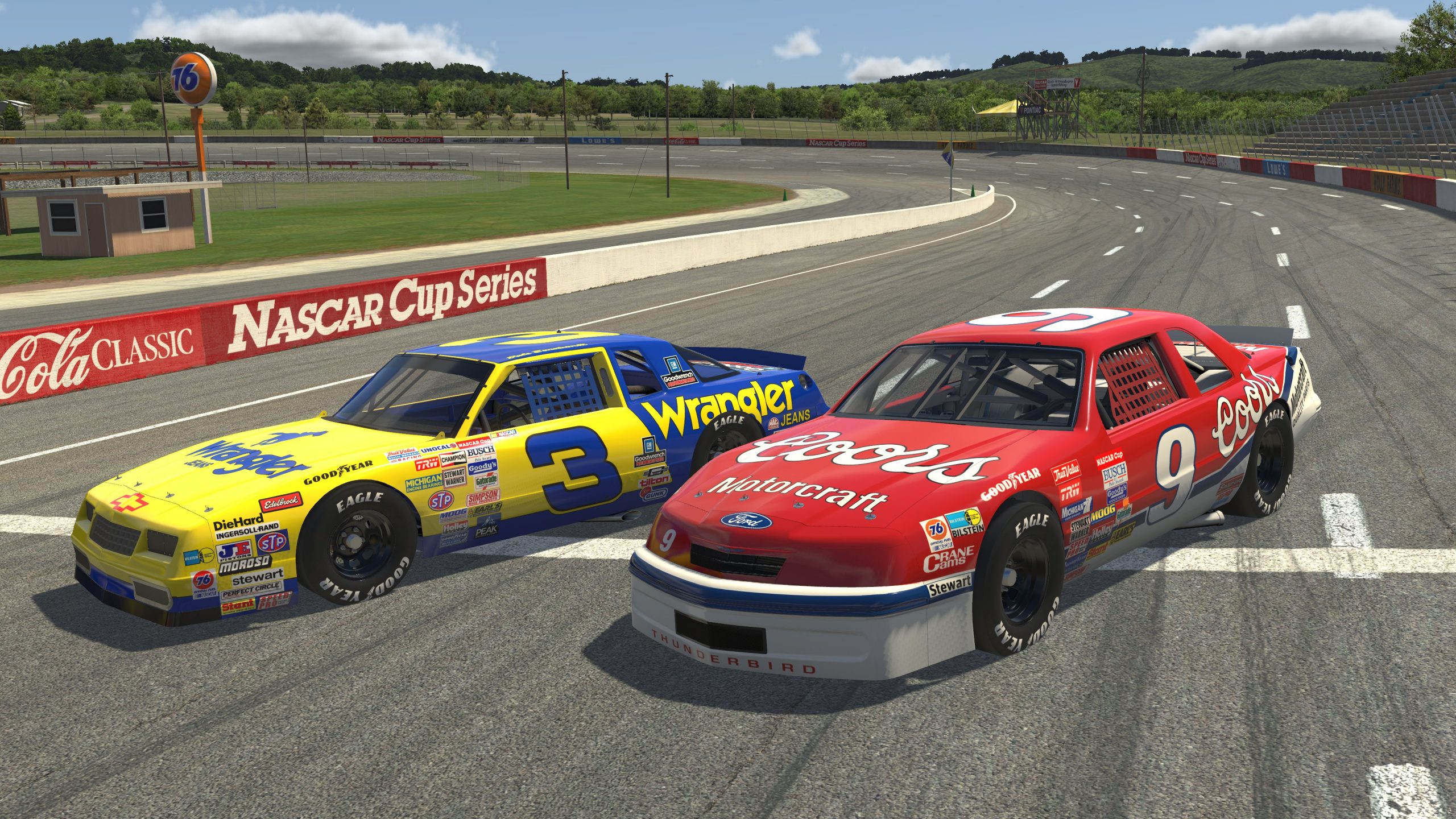 During Sunday’s eNASCAR iRacing Pro Invitational Series event at the virtual North Wilkesboro Speedway, Mike Joy announced that the 1987 NASCAR Cup Series Chevy Monte Carlo and Ford Thunderbird would both be added to the service in June.

iRacing was able to scan Dale Earnhardt’s race winning 1987 Monte Carlo currently housed in the NASCAR Hall of Fame. In the trunk of the car the iRacing crew found some notes from Dale’s crew chief Kirk Shelmerdine that shed some light on the car.

The iRacing crew scanned the #3 Monte Carlo until 3am prior to an early start the following day to scan North Wilkesboro Speedway.

iRacing was able, with the help of Chase Elliott, to get a hold of one of Bill Elliott’s 1987 Ford Thunderbirds to scan as well.

The two cars are expected to release in June.

Trading Paints tweeted on 1/1 asking iRacing fans for their thoughts on what upcoming cars might be headed to the service in 2022 that...

iRacing.com – Dale Earnhardt Jr. There’s a new update coming to the 1987 cars for iRacing. It’s a change in feel and drivability that...

In June, iRacing members will be able to get behind of the wheel of 2 iconic NASCAR rides: Bill Elliott’s Ford Thunderbird and Dale...