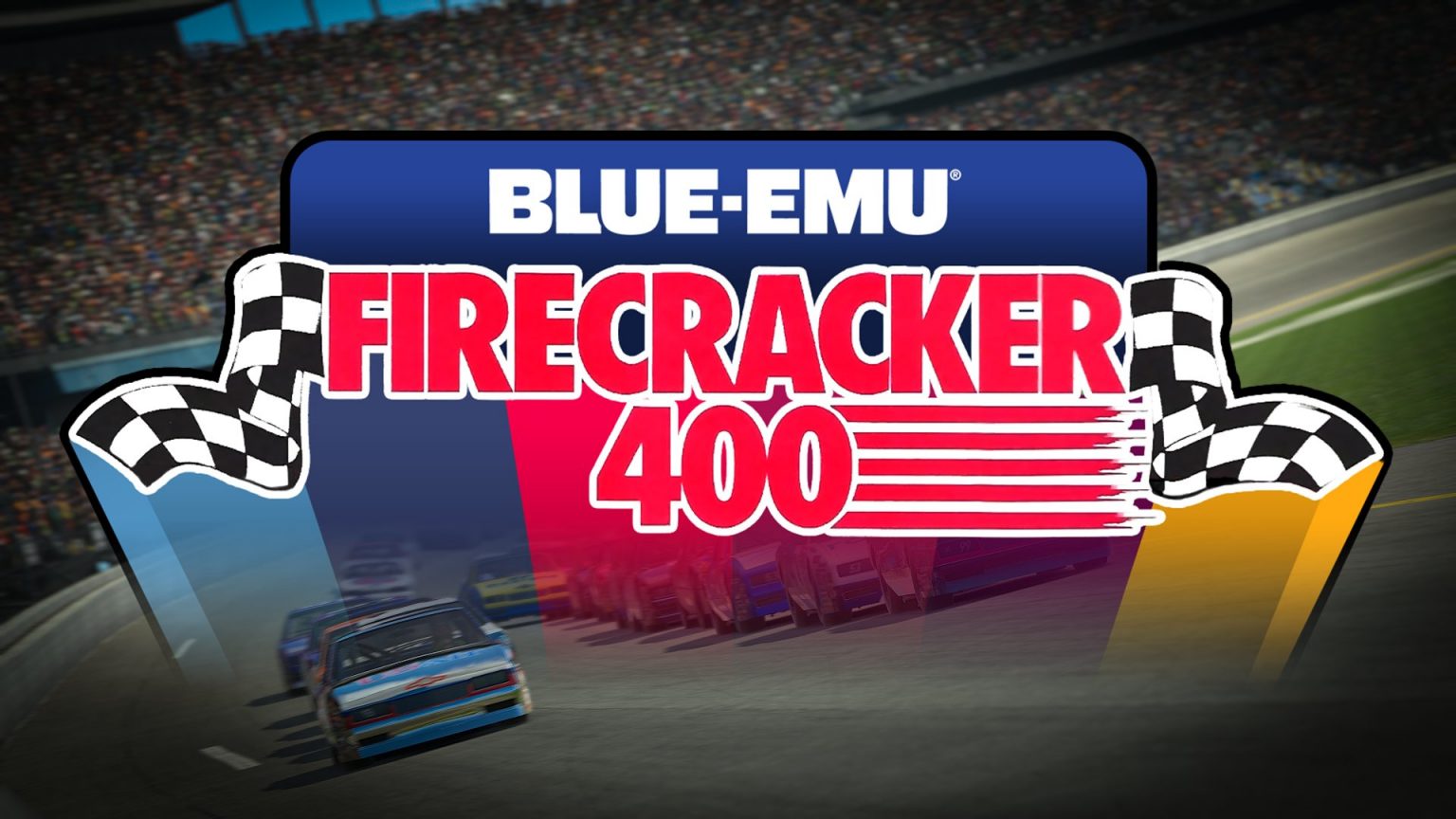 After eight heat races and two rounds of qualifying, it all comes down to this: the eRacr Blue-Emu Firecracker 400, one of iRacing’s most popular independently staged events featuring the 1987 NASCAR Cup Series Chevrolet Monte Carlo and Ford Thunderbird, takes place tonight from the virtual Daytona International Speedway. 43 drivers, including a mix of eNASCAR Coca-Cola iRacing Series front-runners and real-world NASCAR stars, will take to the track for 160 laps in hopes of winning their share of a $12,500 purse.

Under normal circumstances, the field would be led to green by defending eNASCAR champion Nick Ottinger, who posted the fastest qualifying time of the event last Wednesday. However, thanks to the $20,000 bonus on the line with the Radius Last 2 First Challenge, Ottinger has elected to drop to the back of the field for the green flag, where he’ll attempt to get past the other 42 drivers to claim the biggest check possible. That also means he’ll be starting back with Daytona 500 champion Dale Earnhardt Jr., who earned the final provisional starting spot on the 43-car grid.

For a further 43 drivers who made their way out of the preliminary rounds but couldn’t quite crack the grid for the big show, the Firecracker 200 support event took place on Monday night. Jake Fisher would win that race after choosing not to pit under the final caution and outlasting Ryan Doucette, Logan Helton, Trevor Perry, and others in a mad dash to the finish. The win was made even sweeter by the fact that, under event rules inspired by real-world NASCAR events of the era, Fisher had to start in the back after crashing during qualifying and needing to take a backup car.

The 2nd eRacr Blue-Emu Firecracker 400 will air on Twitch.tv/eracr_gg starting at 7PM ET.

iRacing is a popular online racing simulation that allows players to compete in a variety of motorsports events, including endurance races. These endurance events...

The 2023 iRacing Special Events calendar has arrived and it features some exciting new events for the new year! Information about each event, including...