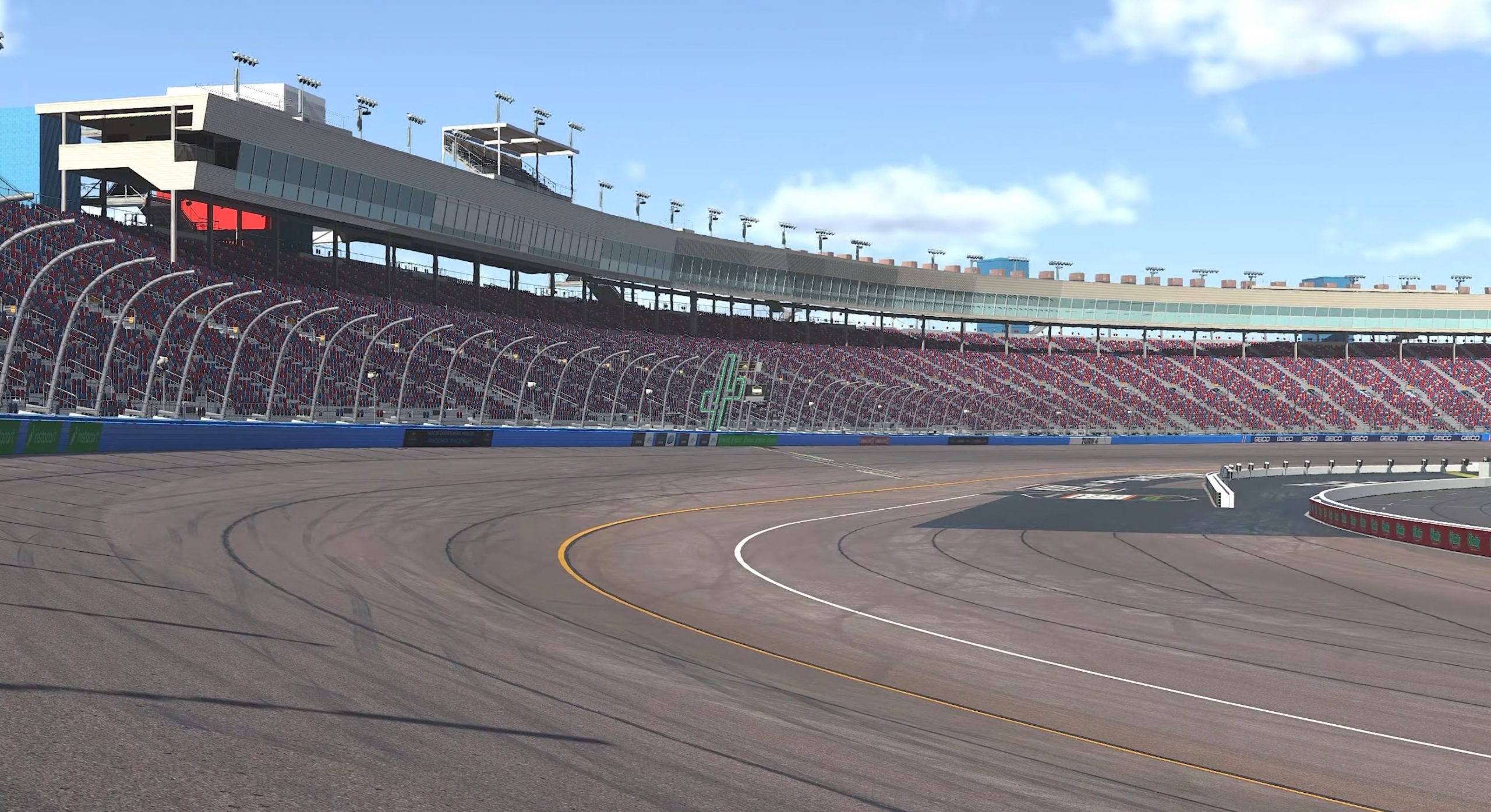 A rescanned and updated Phoenix Raceway will release with tomorrow’s patch update, just in time for the real world NASCAR finale!

Through its history, Phoenix’s one-mile oval has always been defined by its asymmetrical turns and dogleg, which was implemented in part because of the natural terrain of the area. With different progressive banking at each end of the track as well, Phoenix is often a favorite track of drivers for the challenges that they face in setting up their cars and maximizing their performance.

Although its backstretch dogleg already made it one of the most unique ovals in America, the track’s latest renovation, which was completed in October 2018, made it even more unique. The start-finish line was moved between the former Turn 2 and the dogleg, fundamentally changing how drivers would approach each lap, while the former frontstretch grandstand was removed in favor of expanding seating closer to the new start-finish line. The shift also led to a reconfiguration of pit road. This layout made its NASCAR Cup Series debut in November 2018, and began hosting NASCAR’s championship weekend with the 2020 season.

In this article:Phoenix, Phoenix International Raceway

Just in time for NASCAR Championship Weekend next week, the all-new Phoenix Raceway is available now on iRacing as part of 2021 Season 4...

NASCAR America: Parker Kligerman explains the major changes to Phoenix International Raceway after it was re-paved in 2011.

iRacing is now selling the new and completely redone Phoenix International Raceway oval including a night version for normal price of $14.95 as a...

Screenshots of the new Class B Chevrolet Camaro, the newly configured Phoenix International Raceway, the newest track release of Donington Park and the new...