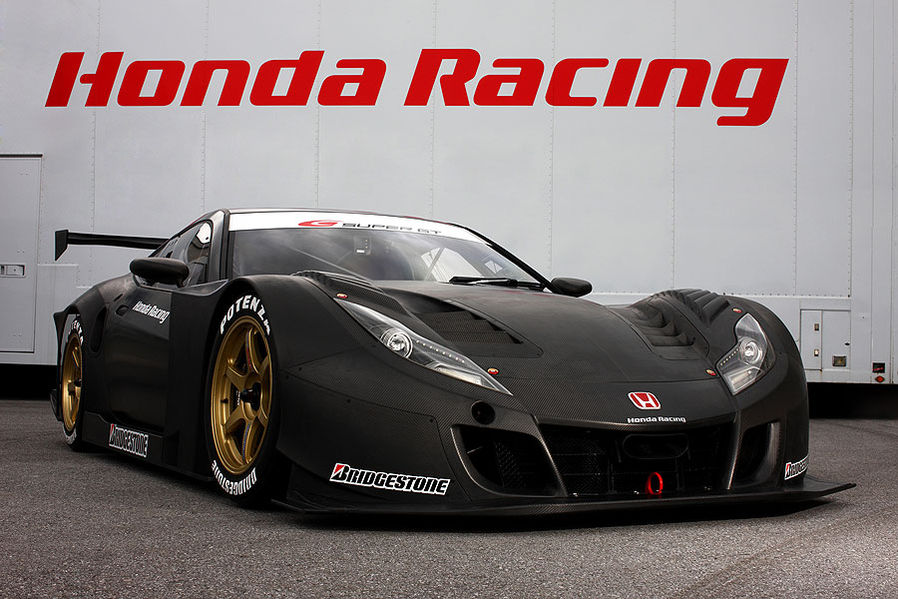 by David Phillips on May 10th, 2012 on inRacingNews.com

iRacing.com has bolstered its commitment to its Asian market with the announcement of new partnerships with Japan’s Super GT Series and the Honda Motor Company.  Beginning in 2013, the Japanese Super GT Series will join NASCAR, GRAND-AM, IZOD IndyCar and the Australian V8 Supercar Championship in staging an officially sanctioned iRacing series:  the iRacing.com Super GT Series.  And thanks to a new agreement between iRacing and Honda, the featured car in that online racing series will be the Honda HSV-010.

“We’re pleased, make that doubly pleased, to join our new partners in bringing all the excitement of the Super GT Series and the Honda HSV-010 GT to iRacing,” says Steve Myers, iRacing.com executive vice president and executive producer.  “The Super GT Series offers some of the fastest, most innovative and competitive GT racing in the world, and no car better embodies that speed and innovation than the Honda HSV-010.

“With our digital versions of Okayama International, Twin Ring Motegi and the Suzuka International Racing Course, iRacing has an excellent foundation of tracks for our Super GT Series.  We also have a licensing agreement in place with the Tsukuba Circuit and have laser-scanned the track, so the iRacing.com Super GT Series will certainly have an authentic flavor to its schedule.”

The Super GT Series enjoys an enthusiastic following throughout Japan and Asia, and is renowned as one of the last bastions of “open” competition among manufacturers.

Among the world’s most potent GT racers, the Honda HSV-010  is well-suited to the Super GT Series with a 3.4 liter V8 that produces 289 lb-ft of torque and nearly 500 horsepower.   In keeping with the Super GT Series’ open regulations, the Honda’s engine is front-mounted and the car is not based on a production vehicle available for purchase by the general public.

“Honda is delighted to be partnering with iRacing.com on the HSV-010 project,” says America Honda Motorsports Manager T.E. McHale. “Previously, we have worked together to develop iRacing’s IndyCar Dallara and the HPD-ARX01c sports prototype, and have been very pleased with the results.  We have no doubt that the Honda HSV-010 will quickly become one of the most popular cars on the iRacing service.”

iRacing expects to begin work on a prototype version of its Honda HSV-010 this fall.  The prototype will subsequently undergo a rigorous online test program in order to insure iRacers of an authentic experience driving and racing the car in the iRacing.com Super GT Series.

An In-Depth Look at the McLaren-Honda MP4-30

Drive one of the most technologically advanced cars in the world – The McLaren-Honda MP4-30. iRacing has meticulously constructed the most accurate virtual model of...

In this guide we will briefly explain a number of key setup parameters which are distinct to the MP4-30. We hope this introduction will...