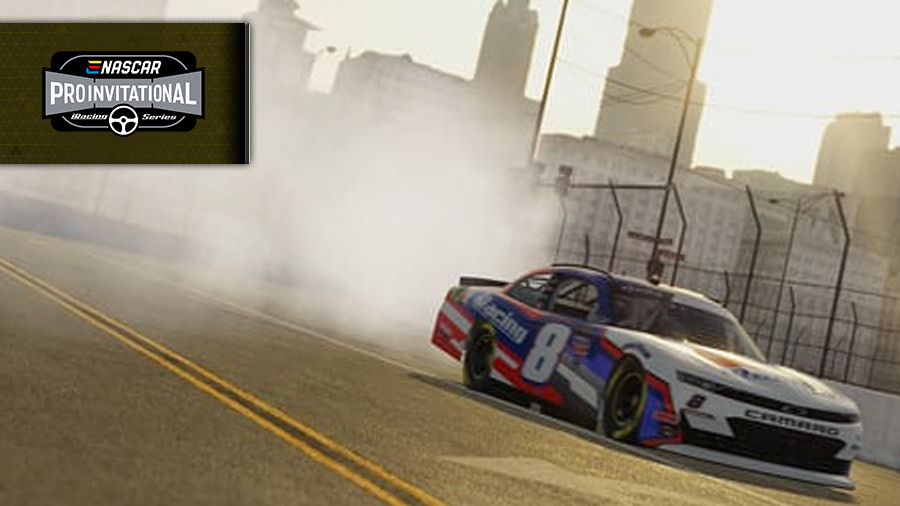 Finally, the moment we’ve all been waiting for: the eNASCAR iRacing Pro Invitational Series visits the virtual streets of Chicago tonight for the inaugural Windy City 110. The fifth round of this year’s series sees the return of the Next Gen Cup Series cars that will hit the track for real next year, as well as just the second time in series history that the real-world NASCAR Cup Series stars have hit a road course.

The first time they did, in fact, was the last time they raced. Rick Ware Racing’s James Davison put on an old-fashioned clinic at Circuit of the Americas two weeks ago, with no driver even in the same area code by the time the field took the checkered flag. After coming tantalizingly close to his first series victory earlier in the year at Talladega Superspeedway, only to fall short to Team Penske’s Brad Keselowski, Davison made good on that speed at COTA by leading nearly every lap, and he’ll be looked at as a favorite again in Chicago as a result.

But that race took place in the current-gen cars, meaning that there’ll still be a little element of mystery surrounding who the standouts will be on the city streets. The Next Gen cars debuted last month at Darlington Raceway, where Richard Petty Motorsports’ Erik Jones surprised the field by scoring a popular victory that linked the sport’s heritage with its future. The aggressive new styling of the Chevrolet Camaro ZL1, Ford Mustang, and Toyota Camry foreshadows an exciting new era of NASCAR racing, and the cars’ debut in an unexpected new venue after NASCAR and iRacing teamed up to covertly scan the city streets last fall marks the culmination of a thrilling, top-secret project.

Tonight’s visit to the Chicago Street Circuit totals 110 miles of racing, as drivers will take to 51 laps of the 2.2-mile course. The landmark-laden circuit incorporates both Michigan Avenue and Lake Shore Drive as part of its layout, while Grant Park, Buckingham Fountain, and the iconic Chicago skyline in the background make this a NASCAR race unlike any other.

As always, the winning driver will receive a $5,000 charitable donation to the charity of their choice. A majority of the Cup Series’ full-timers will be on the grid as always, while specially invited guest drivers like Dale Earnhardt Jr. and fan vote winner Jesse Iwuji will also be on the entry list. Click here for the full driver roster for tonight’s event.

eNASCAR iRacing Pro Invitational Series race action from the Chicago Street Circuit will kick off at 8PM ET on FS1. Coverage will begin at 6PM ET with a special edition of NASCAR RaceHub. Later this month, eNASCAR Coca-Cola iRacing Series for the world’s top sim racers will return to action on back-to-back weeks at Pocono Raceway on June 22 and Road America on June 29. Those races will stream live at 9PM ET on eNASCAR.com/live.

In this article:eNASCAR, pro invitational