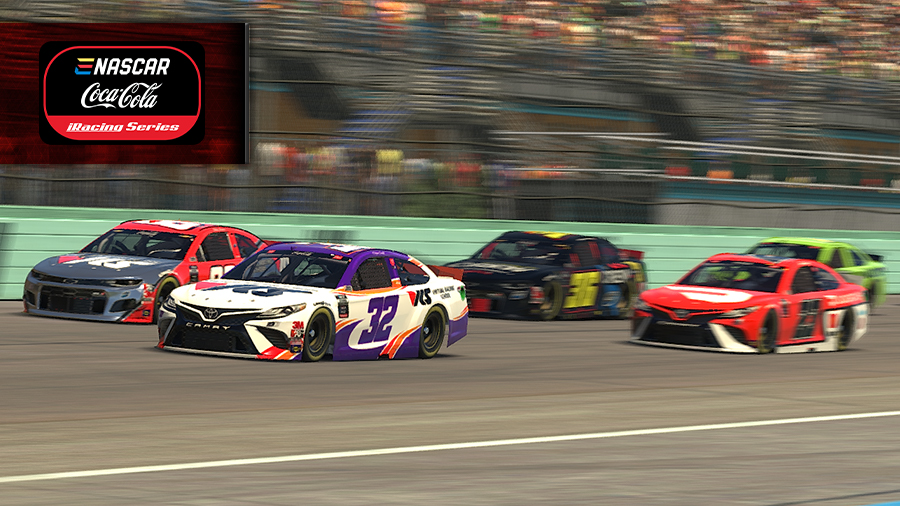 DAYTONA BEACH, Fla. (Jan. 13, 2022) – New tracks are set to debut in the 13th season of the eNASCAR Coca-Cola iRacing Series with drivers competing on virtual circuits that more closely mirror the NASCAR Cup Series schedule. Six tracks make a first-time appearance on the 19-race calendar, including the much-anticipated Los Angeles Memorial Coliseum, which opens the season with an exhibition race on Tuesday, February 1.

“We’re raising the bar with the most competitive virtual racing in the world and leaning into iRacing’s technology to blur the lines between virtual and reality,” said Nick Rend, Managing Director of Gaming and Esports, NASCAR. “The eNASCAR Coca-Cola iRacing Series has grown monumentally over the past two seasons with new investments made by teams, drivers and world-class partners. This season will be no different as we anticipate more intense competition among drivers testing their clout on new and historic tracks alike.”

In addition to the L.A. Coliseum, virtual events will also debut at the newly reconfigured Atlanta Motor Speedway, Bristol Dirt Race, Dover International Speedway, World Wide Technology Raceway and Nashville Superspeedway. For the first time in its history, the series will conclude at Phoenix Raceway on October 25.

“The 2022 eNASCAR Coca-Cola iRacing Series season is shaping up to be one of our most exciting yet,” said Tony Gardner, iRacing President. “With a refreshed schedule, led by our opening exhibition at the L.A. Coliseum, a track developed in iRacing, the pursuit of this year’s championship will take some exciting new turns this year. We’re excited to kick off the chase for one of the largest purses in sim racing, with well over $300,000 on the line, and look forward to crowning a champion in Phoenix!”

The full 2022 eNASCAR Coca-Cola iRacing Series schedule is as follows*:

All races will be broadcast live on eNASCAR.com and iRacing.com/live, as well as the NASCAR and iRacing Facebook and YouTube channels. Race streams will kick off at 9 p.m. ET/6 p.m. PT.

Advertisement. Scroll to continue reading.
In this article:coca-cola, iRacing, NASCAR