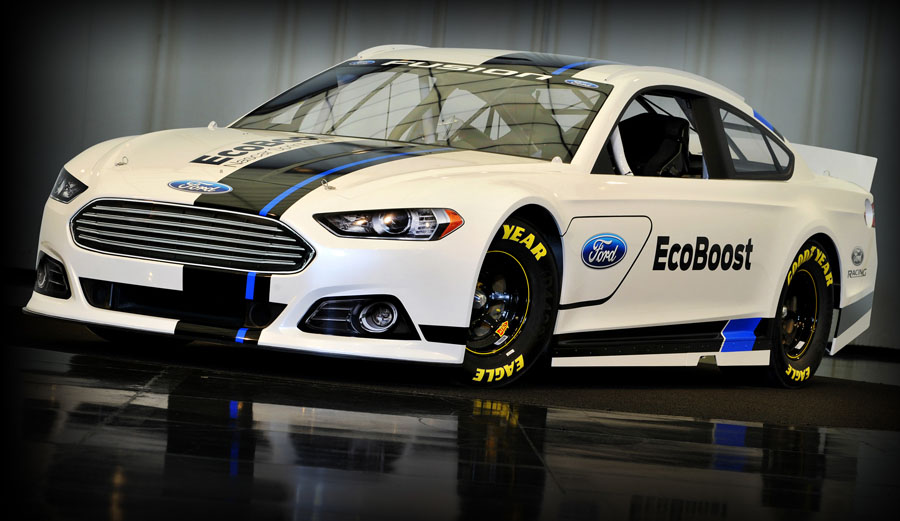 The Ford Fusion joins the NASCAR Sprint Cup Series in 2013, a new car that resembles those found on the showroom floor, with eye-catching bodylines and stylish features.

Driver names will be featured on the upper portion of the windshield; sponsor decals and numbers have been removed from the headlight and taillight areas and now appear on front and rear bumpers; also a single sponsor logo will be permitted on the roof of the cars.

iRacing is working with the new Ford Fusion (and Chevrolet SS) car that is coming to the NASCAR Spring Cup Series in 2013. The car is so new, iRacing is building them in lock-step as the data becomes available to real-world teams for testing. The current goal is to have the Ford Fusion available to members by March 5th, about two weeks after the Chevy SS. The car will be available at $11.95 to members, with $6 credit going back to anyone who owns the old Chevy Impala.