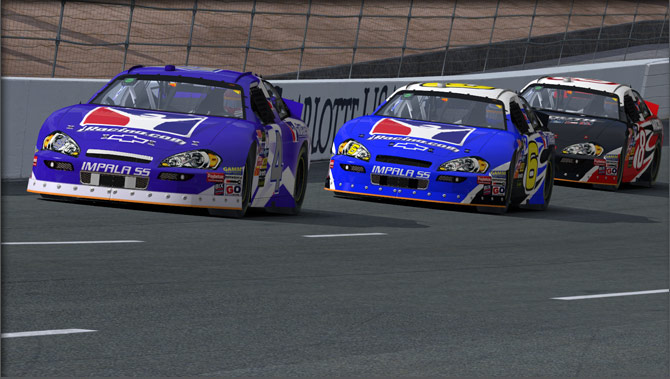 The Chevrolet National Impala is featured in NASCAR’s primary development series – the K&N Pro Series East and West – which developed from the former Busch North and Winston West Series, more recently known as the Busch East and West Series. The K&N Pro Series car is based on rules that existed for the pre-COT Cup and Nationwide style cars, with numerous variations to distinguish the cost and performance of these development series cars from the top level Sprint Cup and Nationwide Series cars.

The cars can be either a 105 inch (as used in the former Busch Grand National East) or 110 inch (as used in the former Winston West) wheelbase, typically with a hand-built steel body, although teams may also use a one-piece composite body. The rules specify engines with a 12:1 compression and maximum 358 in³ displacement. Teams have the option of building their own engines or running a “specification” engine, built with NASCAR-approved pieces that may be purchased from an approved supplier. Spec engines may be purchased as a kit or pre-assembled.

In this article:Chevrolet, Chevy, Impala, Impala B, K&N, National