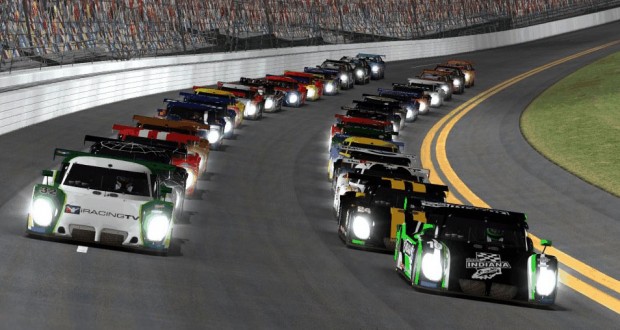 It’s a new year and a new season . . . almost. First comes Week 13 and a final chance for iRacers from Rookie to Class B to move up to the next rung of the license ladder in time for 2014 Season 1, and for iRacers of all stripes to have plenty of fun.

With two official series to choose from, oval and road racers alike have an opportunity to advance to the next license level. On the oval racing side there’s the Street Stock Challenge with stops at Charlotte (both the Legends and the 1.5 mile ovals), Lanier, Oxford Plains, Thompson, South Boston and USA International. Road racers can get their left and right kicks in the Legends Road Series at Charlotte (road), Laguna Seca, Lime Rock, Okayama (long and short) and Summit Point (Jefferson Reverse).

Safety Ratings and iRatings are in effect in the official series, giving competitors a final opportunity to boost their license ratings before promotions for Season 1 are finalized at week’s end. Likewise, rookies who have yet to complete the category-specific minimum participation requirements for graduation to a D license (two official races or four time trials in each category) can do so in Week 13.

Officially-speaking, there’s $50 in iRacing credits on the line for the winner of the Week 13 Gymkhana which features the RUF RWD in one lap qualifying sessions every five minutes on Virginia International Raceway’s Patriot Course.

Last but by no means least on the official side of life, Week 13 sees the Riley Daytona Prototypes and RUF C-Specs begin practicing and qualifying for the opening round of the new Road Warriors Series – the Rolex 2.4 Hours of Daytona – scheduled for January 25-26.