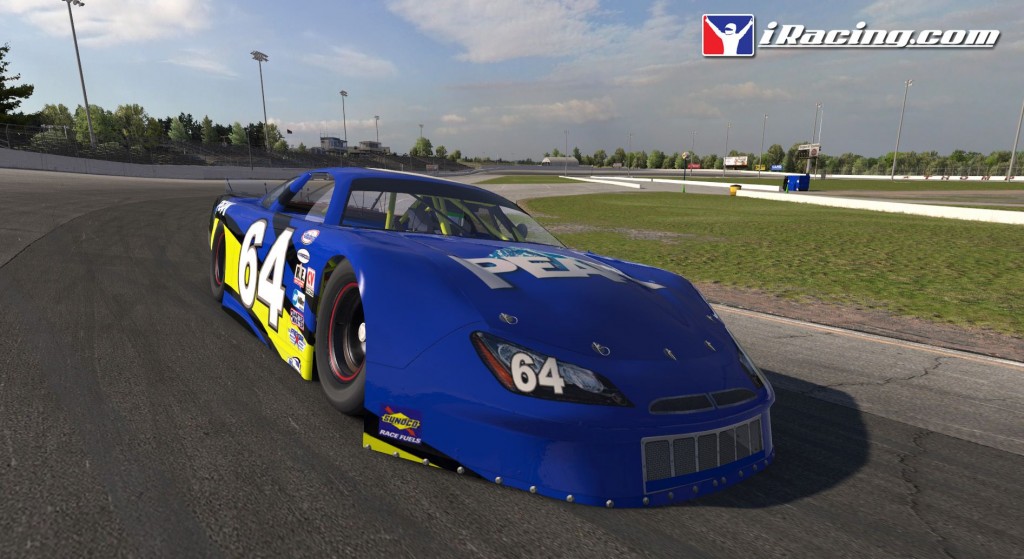 iRacing’s new build for 2014 Season 1 is to be released today. Maintenance is scheduled for 10:00am EST. While it has been quiet over the weekend, here’s what we know is coming in today’s build.

The long awaited Super Late Model will be made available for purchase. This was one of the most asked for cars by iRacers. iRacing finally made a deal to add this car, but it wasn’t the most smooth process.

iRacing was scheduled to scan a Super Late Model, but the car they were planning to scan crashed before they could get to it. Then iRacing made progress by scanning a Super Late Model, but iRacers were vocal about not liking the choice of cars. iRacing then signed a deal for a new car, which was a hit. After months of hard work, including some staff members working through the holidays, the new car will be available for download later today.

Another long awaited addition to iRacing is the addition of the Lucky Dog (for oval races). The Lucky Dog is a rule in NASCAR, where the first car a lap down, not involved in the reason for the caution, gets their lap back. iRacing says this will be implemented for official oval races (did not mention Indycar) and will be available as an option in hosted sessions.

With the Lucky Dog rule implementation, iRacers have already turned to asking when Green-White-Checkers will be added to the service. Without saying a word, the mass already know the answer is “soon”.

Another cool, yet subtle, feature in the new build is the addition of grime buildup on the cars. Back in the 2012 Season 4 build in November, windshields began getting dirty during races. These two additions, plus movable cones, seem to be a step forward to getting dynamic track conditions.