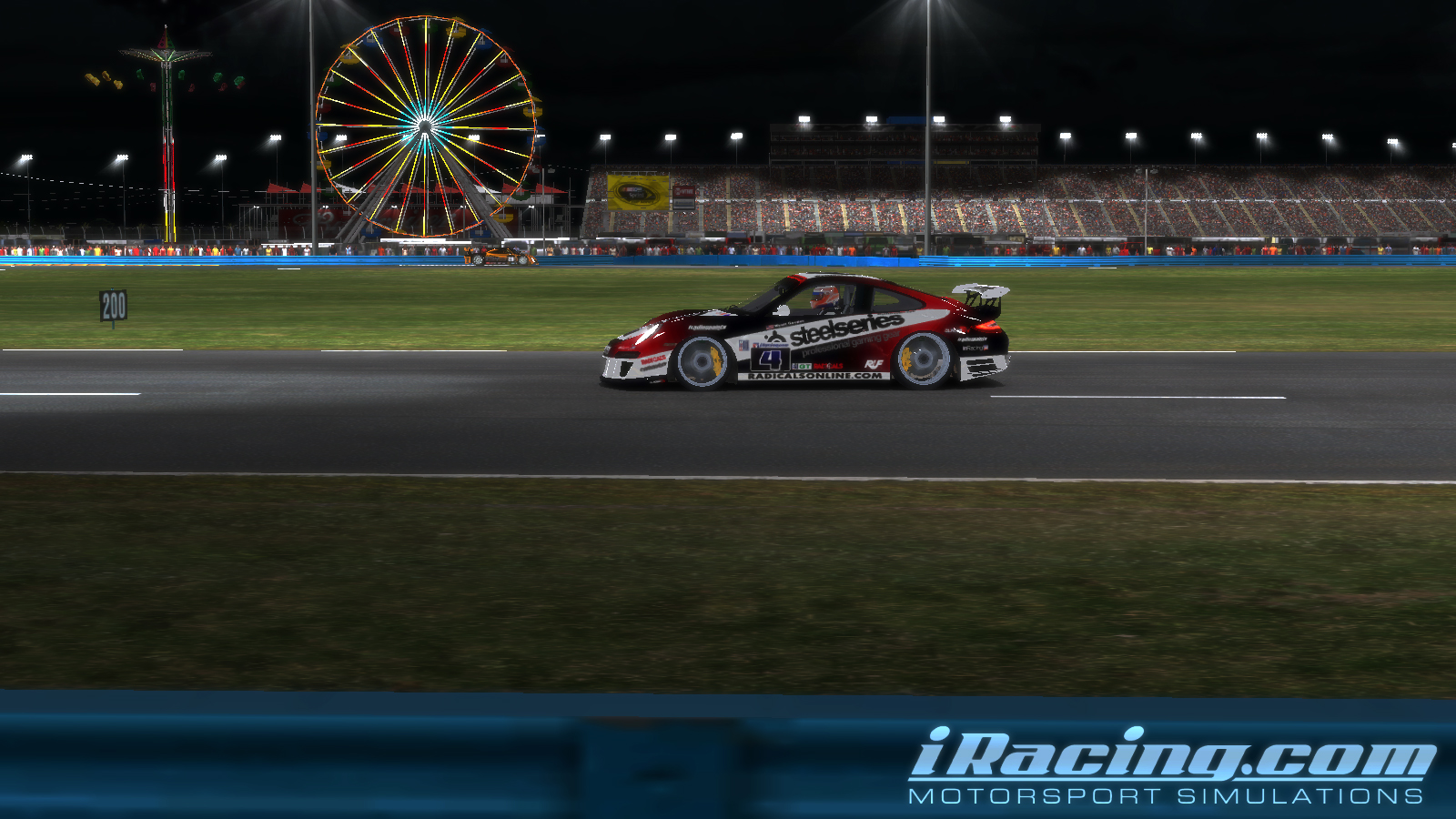 by Andrew Pinkerton on January 27th, 2014 via inRacingNews.com

The inaugural round of the iRacing.com Road Warrior Series was held at the Daytona International Speedway under the lights for a two hour and 24 minute endurance challenge. Across the four race time slots there were 67 splits with 2,024 drivers participating. Of those drivers 1445 scored their best points in the RUF RT-12 Track, and the remaining 579 scored their best points in the Riley Daytona Prototype. The speed difference between the two classes was not all that great. This made for some interesting traffic as the RUF was fantastic under braking and early throttle application, while the two cars were fairly even through the infield and Turn One due to the RUF’s capabilities.

Now let’s move on to the highlights of the weekend. In the Daytona Prototype the one name synonymous with speed is Mitchell DeJong. He started in three of the four top splits and went undefeated. The only sim-racer to start ahead of DeJong was Jörn Jens who out-qualified DeJong by a mere tenth of a second. The highest strength of field event was the Saturday 20:00 GMT race with a SOF of 5492. As stated earlier Jörn Jens started on pole but would not lead a lap, as the battle for the lead quickly developed between Anthony Roselli and DeJong. In total the online race saw 11 lead changes. Ultimately DeJong took the checkered flag first with Rosseli just four seconds behind in second. Jim Shedlick brought it home in third followed by Jörn Jens and George Sandman to round-out the top five.

DeJong was a dominant force in the DP class, steering his Riley to three wins in four starts.

The RUF class was dominated by Enzo Bonito. He started second in class and seemed to hold a dominant lead over the field with an average lap time almost a half second faster than the second place finisher and pole sitter Patrick Valente Ferro. By far the biggest mover in the race was third place finisher Julian Rodriguez Moreno, who improved 27 positions in class and 31 positions overall en route to the podiuim.  Fourth place John Mallia had an impressive run of his own, improving 14 spots, while Timmy Hill rounded out the top five after starting ninth in class.

The top split saw 42 starters, but only 27 finished. Across the four top splits the winner in each class are as follows:

This year’s 2.4 was action packed and it also carries with it more importance as this was the first round of a year-long 20 round championship. The Road Warrior series has now officially started and we will see who the best all-around road racer is. Get your airplane sickness bags ready as we will fly all the way down to Australia for a little upside-down MX-5 racing on Mt. Panorama.

One last thing: let’s hope that Wyatt and Mitchell race the real thing next year so the rest of us have a chance.

The iRacing Roar is back for 2022 as a solo endurance event to kick off the 2022 special events calendar. This 2.4 hour event...