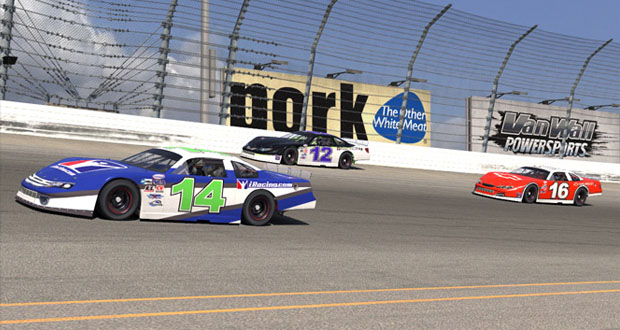 The Super Late Model ranks among the fastest race cars to ever hit the short track. The 358 cub in V8 pumps-out more than 550 horsepower, but that’s just for starters. Weighing-in at 2800 lbs and featuring a fully adjustable rear suspension and the offset weight distribution of a straight rail chassis, the Super Late Model is a cross between a Modified and a NASCAR Nationwide car. Considering the huge amounts of downforce generated by its body and underbody, and the Super Late Model is capable of generating higher cornering speeds than a NASCAR Gen6 Chevy SS or Ford Fusion.

In this article:2014, Super Late Model

These are the release notes for Tuesday’s 2014 Season 2 update. Simulation: User Interface – Both the replay and driving screens now have user...

Attached is the preliminary 2014 Season 2 schedule. Some highlights: BMW Z4 GT3 car will be joining the GT3 class in the GT3 Series...