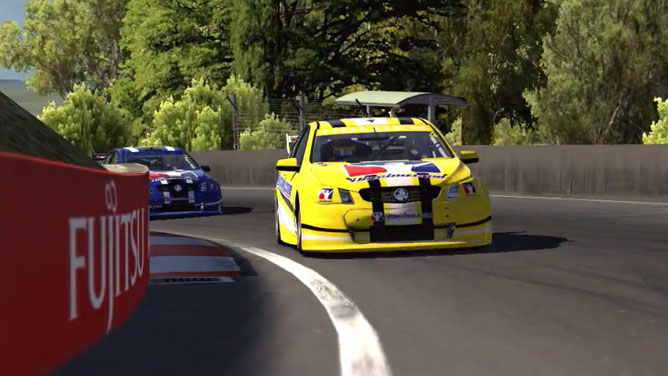 If the lines of the Holden VF Commodore look familiar, there’s a reason: Holden/GM’s challenger for V8 Supercar supremacy is based on the same road-going Zeta platform as the Gen6 Chevy SS raced in the NASCAR Sprint Cup Series.

Built to ‘Next Generation V8 Supercar’ regulations, the VF Commodore features a 5.0 L V8 engine, 18-inch control wheels and a specially designed aerodynamics kit featuring Holden’s first an end-mounted rear wing since the VP Commodore of the 1990s. Although the V8 Supercar shares certain body panels in common its road-going version car, many of its components are custom made by individual Holden teams including Triple Eight Race Engineering, Tekno Autosports, Brad Jones Racing and Garry Rogers Motorsport as well as the Holden Racing Team.

The VF Commodore won twenty-eight of the thirty-six races in a debut season that saw Holden capture the 2013 V8 Supercars Manufacturers Championship and Jamie Whincup claim the driver’s title.