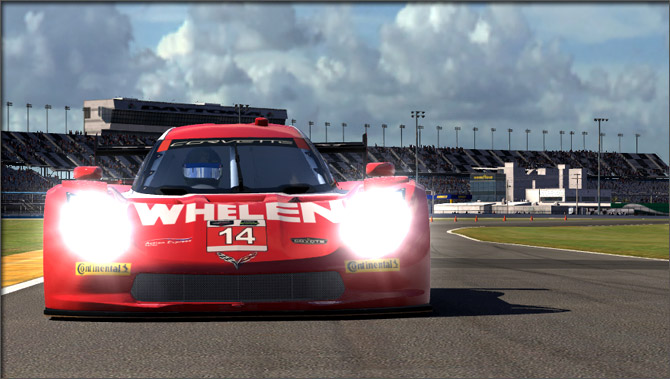 This is not your father’s Daytona Prototype. Long known for its “eccentric” appearance, thanks to the Corvette C7, the Daytona Prototype now embodies that old racing maxim: If it looks fast, it is fast.

The Corvette C7 Daytona Prototype’s carbon fiber bodywork reflects the swept back, brawny lines of its road-going cousin, the C7 Stingray. A single, wide radiator inlet at the base of the nose incorporates the front brake ducts, with headlight and taillight treatments completing the visual ties to the Stingray.

This Corvette’s speed is more than skin deep. The mid-mounted 5.5-liter, naturally aspirated V-8 develops approximately 600 bhp which is transmitted to the final drive via a six-speed sequential gearbox. The Corvette features a chrome moly chassis equipped with a double-wishbone suspension, including push-rod-actuated coil springs over dampers. Add it all up and the result is a Corvette C7 that is a regular visitor to victory lane in IMSA Tudor United SportsCar Championship competition.