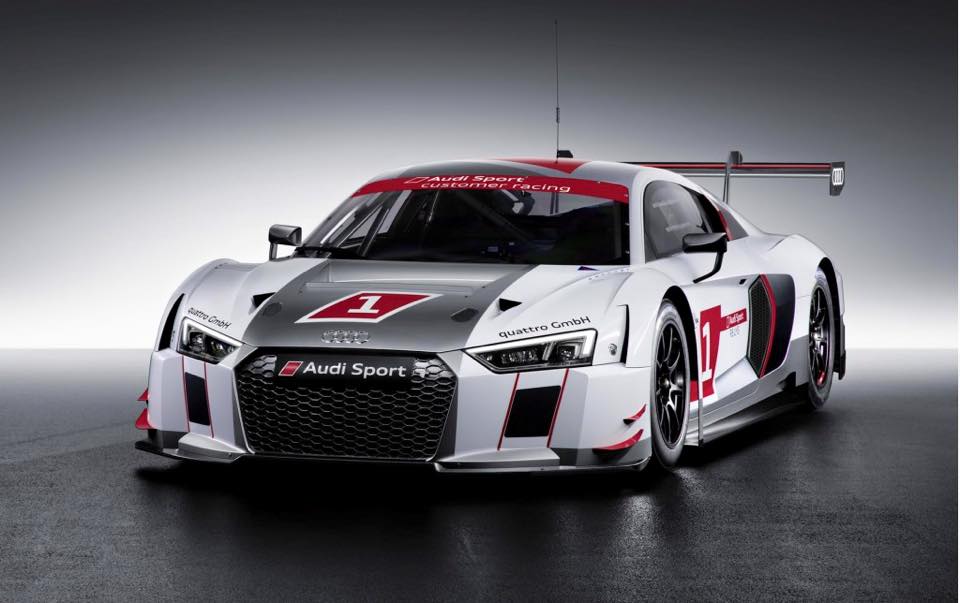 The announcement was made by Steve Myers, iRacing.com Executive Vice President and Executive Producer, at the Nürburgring prior to this weekend’s iRacing.com GT500, the final round of the 2015 Blancpain Endurance Series.

“We’re proud to welcome Audi to iRacing and, along with iRacers all around the world, we look forward to racing the virtual R8 LMS,” said Myers.  “The GT3 class features some of the most fiercely contested racing in all of virtual and real world motorsports.  I’m sure iRacing’s R8 will prove to be every bit as formidable as its real world counterpart in the Blancpain Endurance and Sprint Series.”

“Audi is excited to support iRacing in building a digital version of our R8 LMS,” said Romolo Liebchen, Head of Audi Sport customer racing. “iRacing has earned its reputation as one of  the world’s most authentic motorsports simulations service, and we are delighted to know iRacers everywhere will be able to enjoy the challenge and excitement of driving the Audi R8 LMS in online competition.”

2014 Blancpain Endurance and GT Series champion Laurens Vanthoor who, together with Belgian Audi Club teammate Robin Frijs, is seeking to clinch the 2015 Blancpain Series title this weekend, echoes those thoughts.

“I’m thrilled that iRacing will be adding the new Audi R8 LMS to its lineup,” said Vanthoor, who uses iRacing as part of his training regimen and will lend his expertise to the development of the virtual Audi.  “I have my choice of simulation programs, but I find myself using iRacing 99% of the time.  Their laser-scanned track surfaces are very accurate and all the landmarks and reference points are there as well.  I’m sure iRacing will build the Audi R8 LMS with the same attention to detail.   I helped in the development of the new R8 and so it will be interesting to have influenced the real and the digital version of the same car.”

The Audi R8 LMS will join a growing catalogue of world class sports cars available on iRacing, along with digital versions of every car/truck in the top tier NASCAR series as well as Formula One, Indy, short track and showroom stock cars raced by iRacers on laser-scanned version of more than 75 of the world’s most legendary ovals and road courses.

The Audi 90 GTO scorched a turbocharged, all- wheel drive path across the 1989 IMSA GTO series leaving an indelible mark on the American...