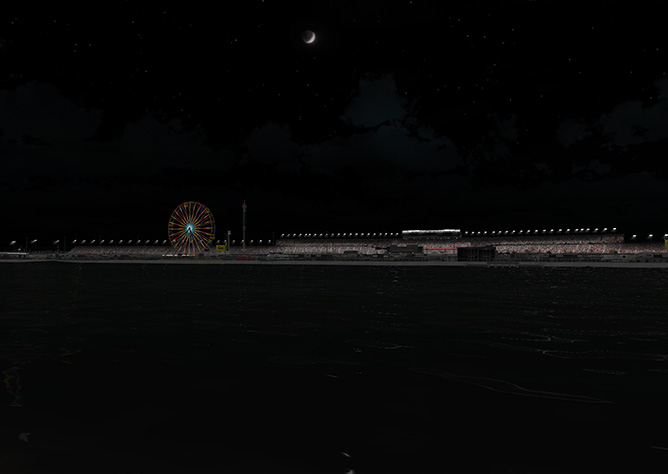 The 2016 edition of the iRacing 24 Hours of Daytona is set for the weekend of January 23-24.  The event marks the first anniversary of iRacing’s popular driver swap/team feature that saw more than 1850 sim racers take a turn at the wheel in the ‘round the clock event – and scores more participate as team managers, crew chiefs and spotters.

The iRacing 24 Hours of Daytona is scheduled to get underway at 13:00 GMT (8am EST) on Saturday, January 23, with the top split broadcast on iRacing Live by RaceSpot.  Open to all iRacers with a road license level of D 4.0 or higher, the two class race features the Corvette C7 Daytona Prototype together with the full complement of iRacing GT3 cars including the BMW Z4, Ford GT, McLaren MP4-12C and RUF Track.

Member eligibility: All members in good standing with at least a Road D 4.0 (Oval D 4.0 will be required for Indy 500 event) are eligible to participate in these events. You do not have to compete in all races.

Server Farms: US servers only

Race car setup: Open car sets so you can build your own, use a shared set from another member or use the iRacing setup that will be provided for each car participating in the series.

Field size: Will vary by race

Cautions: local only (Indy 500 will have full course cautions)

Incident Limit: None in endurance races (there will be no max)

Splits: Splits will be set by iRating. Note that in team races only the iRating of the team driver(s) registered when the race session launches are included in this calculation of team iRating – it works this way because we don’t know who else will be joining the race on any given team.

Gridding: Grids will be set first by qualifying time, then by iRating.

The iRacing Roar is back for 2022 as a solo endurance event to kick off the 2022 special events calendar. This 2.4 hour event...

iRacing Presents the 24 Hours of Nürburgring

The 24 Hours of Nürburgring (ADAC 24h Rennen Nürburgring) is a 24-hour endurance event held on the Nordschleife of the Nürburgring in Nürburg, Rhineland-Palatinate,...