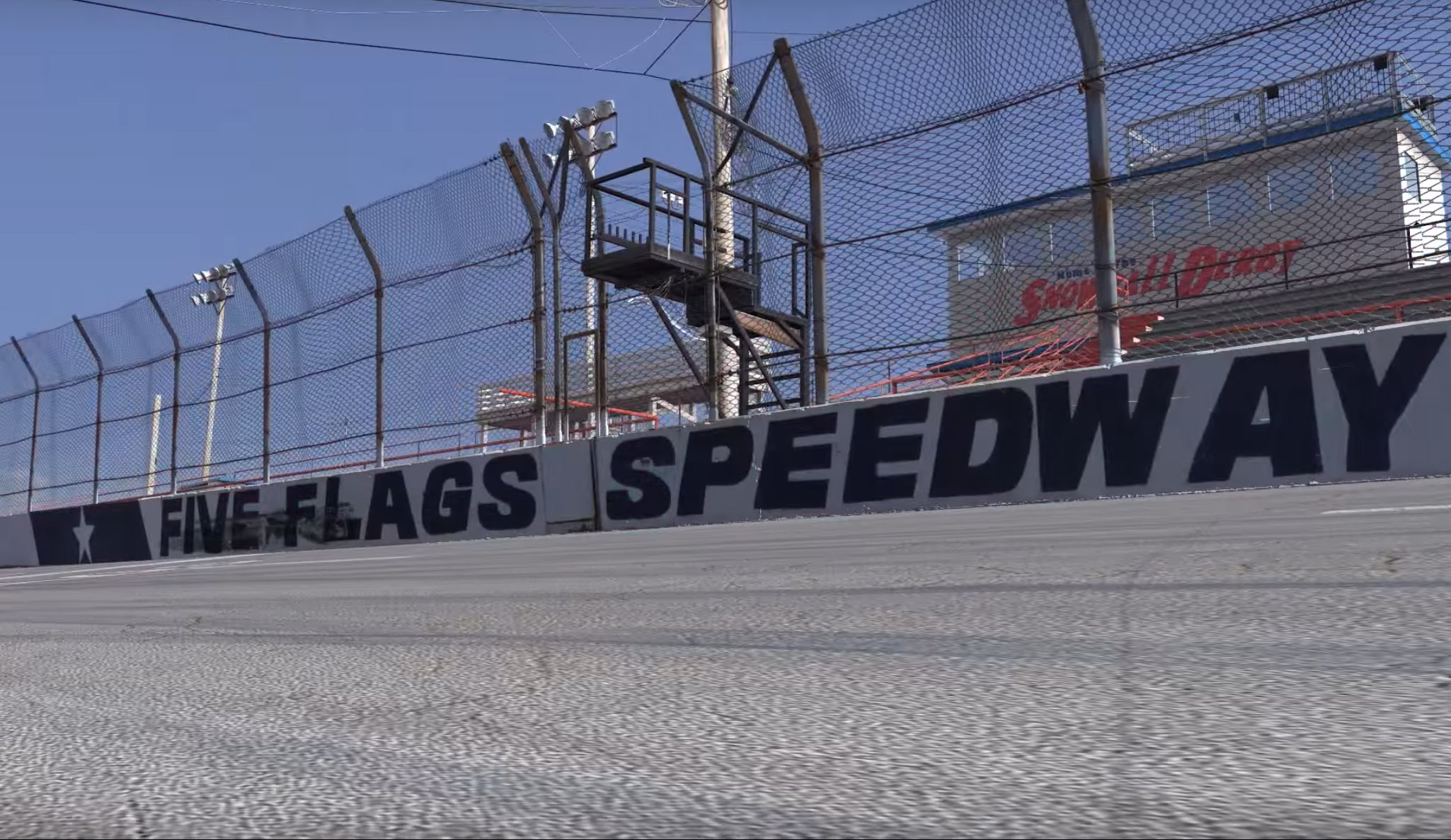 A half mile, paved oval opened in 1953, Five Flags Speedway takes its name from its proximity to Pensacola, FL, known as the “City of Five Flags” in reference to the fact that five governments have ruled the city (Spain, France, Great Britain, the Confederate States of America and the United States of America). Five Flags is one of the fastest “short” tracks in America, thanks to its steep (15 degree) banking and wide turns that give the track a nearly circular configuration.

In this article:Five Flags, snowball derby

Check out this video of Five Flags Speedway, a half-mile short track located in Pensacola, Florida. It’s most famous for the annual Snowball Derby...

Most of this has been discussed but I’m sure not all have seen it and put it in one-place…. First of all this upcoming...