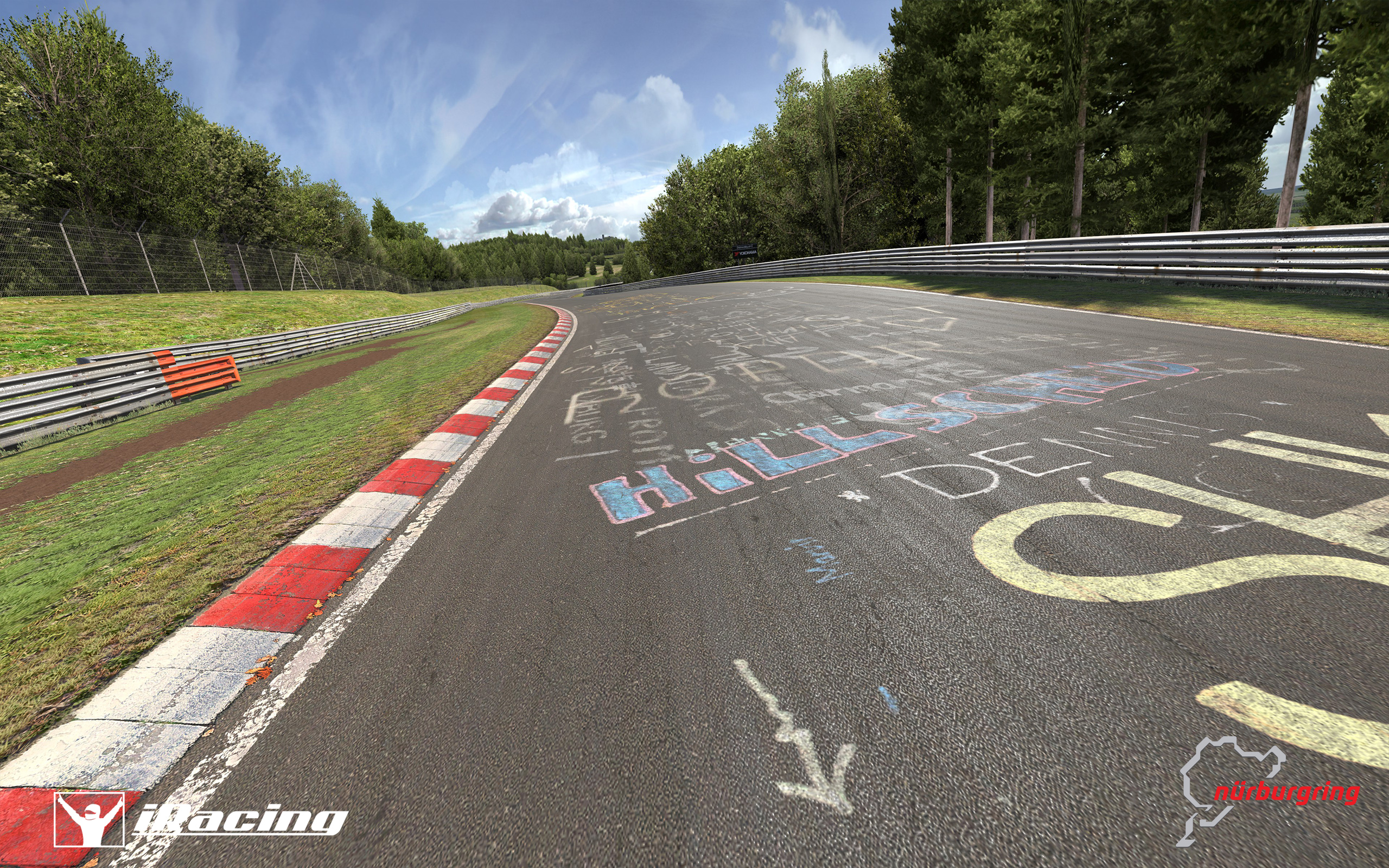 Widely considered the world’s most demanding road course, the Nürburging’s Nordschleife twists and turns, rises and falls for 12.9 miles through Germany’s Eifel Mountains.  The ‘Ring boasts an elevation gain/loss of nearly 1,000 feet per lap and many of its 70+ bends like the Hatzenbach, Adenauer Forst, Wehrseifen, the Karussell, Pflanzgarten and Schwalbenschwanz are steeped in motorsports lore.

Constructed between 1925-27, the Nürburgring originally consisted of two circuits – the 14.1 mile Nordschleife and a companion 7.7 mile Südschleife which were occasionally combined to form a mammoth, 17.6 mile Gesamtstrecke.  The Nordschleife, however, was the centerpiece of the facility and hosted the German Grand Prix Formula One and 1000K sports car races through the 1970s when major safety renovations were carried out.  But the 1976 German Grand Prix saw world champion Niki Lauda nearly perish in a fiery accident and the race was subsequently moved to Hockenheim.

iRacer Egil Sandfeld created a cool little Android app to help memorize the numerous corner names of the Nordschleife. With the release of Nürburgring and...

Enjoy these screenshots of the new and long awaited Nurburgring!

Published on Dec 4, 2015  iRacing’s Co-founder and CEO Dave Kaemmer talks about his history with the Nurburgring – how it inspired him to...