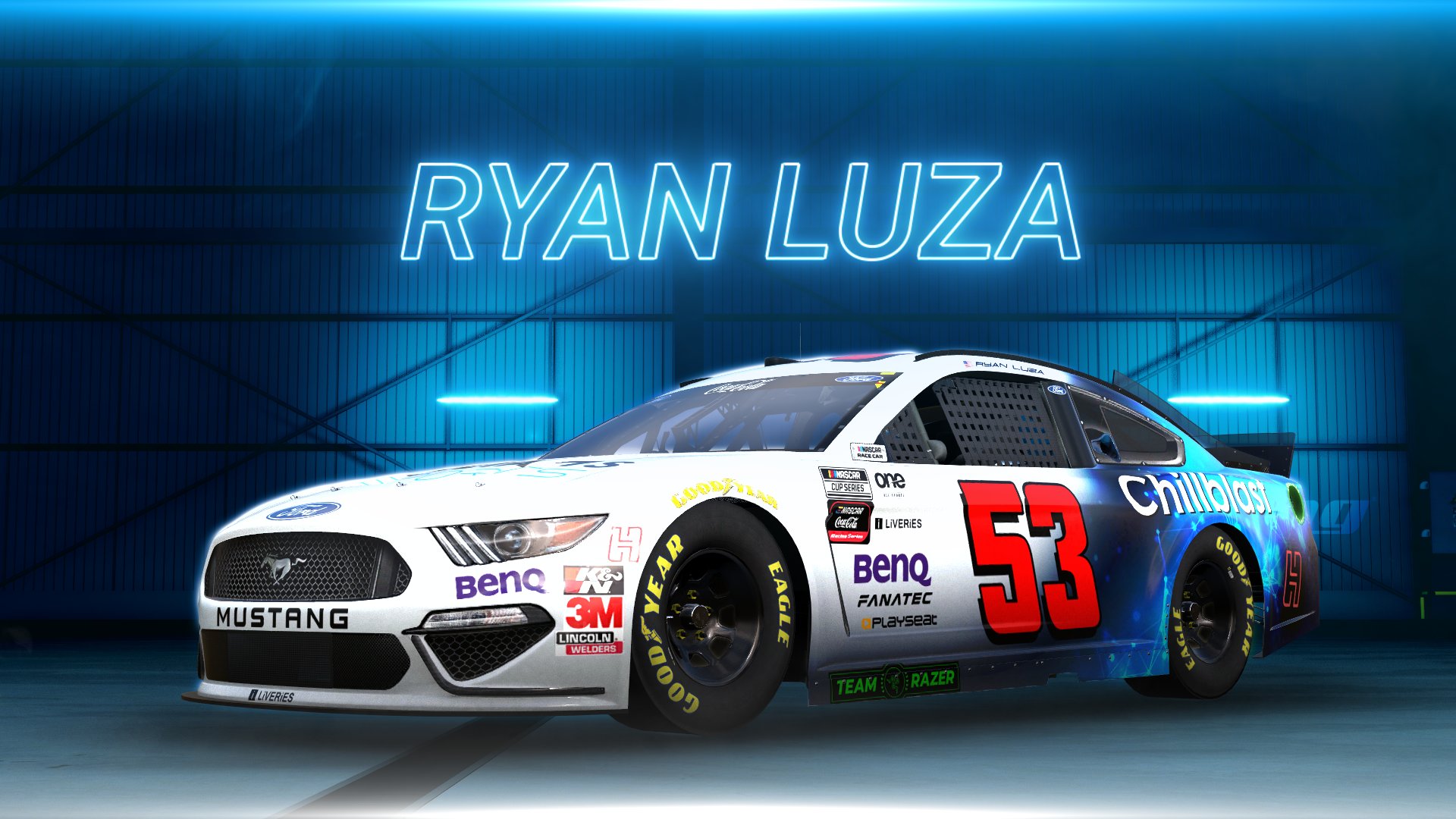 The lesson is simple: never count out Ryan Luza.

It looked like a Keegan Leahy sort of evening at the start of the night as the Denny Hamlin Racing driver won the pole for the second consecutive event and led nearly the entire first half of the race.

Kyle Larson Racing’s Steve Sheehan was the first racer to run into trouble, botching a bit entry and collecting Leahy’s teammate Casey Kirwan during a round of green-flag pit stops. Sheehan ended up retiring from the event and finishing last, while Kirwan’s lengthy repairs knocked him out of contention.

Ryan Luza took over the top spot from Keegan Leahy after the first round of pit stops, holding the lead through a caution period for Nathan Lyon’s car that blew a tire – a rarity for the eNASCAR Coca-Cola iRacing Series – on lap 64.

Unchallenged and with no on-track incidents to bunch the field with the late-race caution some expected, Ryan Luza raced to Victory Lane for the first time in nearly a year – since Richmond last April – stretching his margin of victory to a four-second advantage over Burton Kligerman Esports driver Logan Clampitt in the end.

Luza’s win marked the first-ever victory for Williams Esports, the second-year team he joined this season, replacing Brian Schoenburg. With his win – the 13th of Luza’s career – he’s now just one away from tying Nick Ottinger for second-most all time; plus, he’s now the second driver to win multiple races at Homestead, joining four-time champ Ray Alfalla.

Logan Clampitt, who contended all evening, finished second. Leahy rallied to finish third, while Garrett Lowe posted his second-consecutive top-five finish, ending up third. Chris Shearburn finished fifth after attempting an unusual pit strategy in the first half of the race.

The eNASCAR Coca-Cola iRacing Series heads to the first short track of the season – Bristol Motor Speedway – March 31, for 250 laps of action. Casey Kirwan is the defending race winner.

In this article:eNASCAR, Ryan Luza