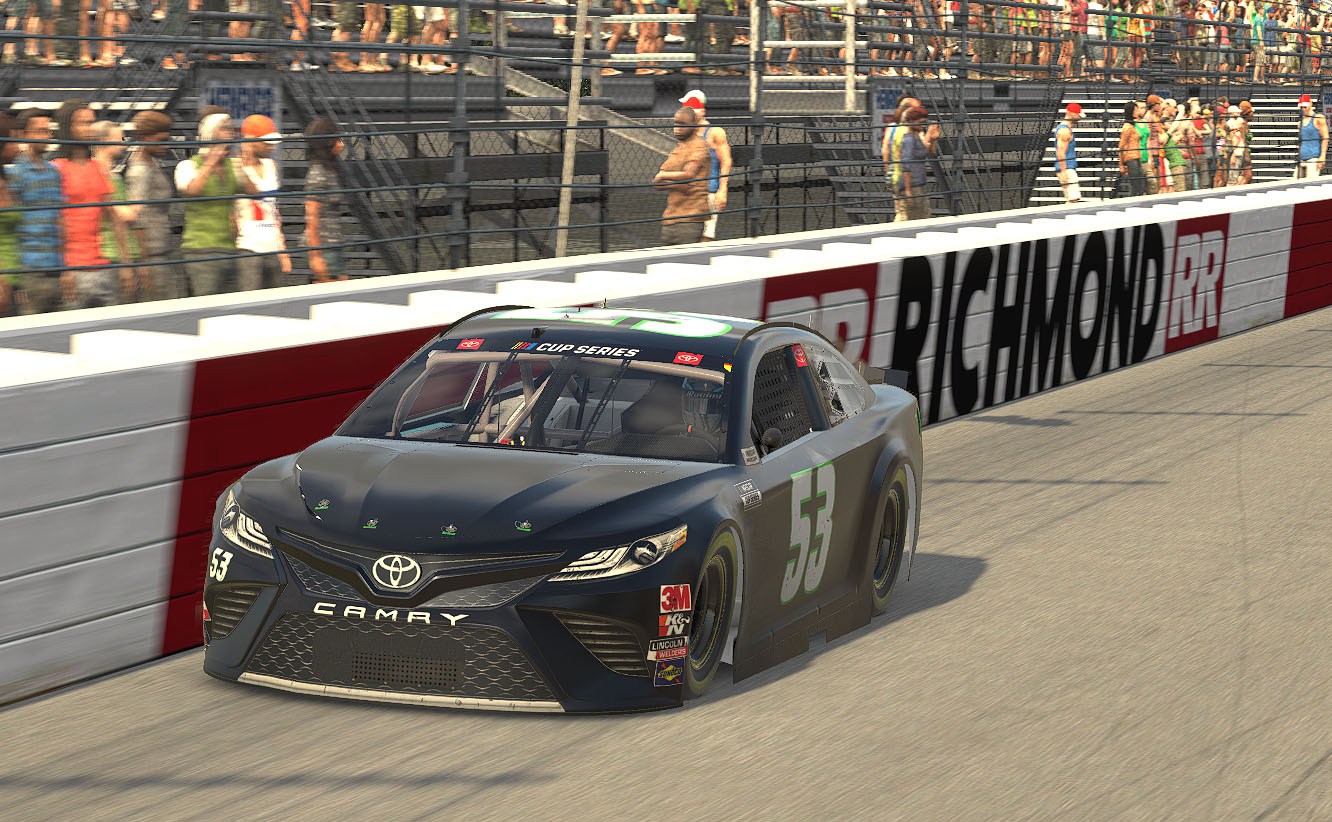 The short track swing continued Tuesday for the eNASCAR Coca-Cola iRacing Series – and so did Ryan Luza’s hot streak.

Luza’s victory at Richmond Raceway marked his third consecutive in 2020 – the first time a Coca-Cola Series driver has pulled off a hat-trick since Nick Ottinger went three in a row at Texas Motor Speedway, Richmond Raceway and Darlington Raceway in 2013.

Richmond Raceway Esports driver Jimmy Mullis qualified on pole at his team’s home base and showed speed right out of the gate, leading the field without a challenge through four yellow flag periods in the opening quarter of the race.

Another caution – a theme of the evening – around the halfway point moved defending race winner Luza to the lead. It looked like his No. 53 machine was on cruise control for the green-flag run that came after, but then the drivers put those bumpers to use – quintessential short track racing.

The race turned on its head at the three-quarter mark when a green-flag run turned into a slugfest to the tune of nine cautions.

Jarl Teien opted to stay on the track on old tires for the final 50-lap run to the finish, which looked at times like it could have been the race-winning call given the endless caution cycles.

Teien’s plan turned ugly on a Lap 172 restart, when polesitter Jimmy Mullis sent Teien’s Chevrolet for a bump, causing the field to stack up and send the Mullis machine spinning into Turn 4 and collecting traffic from behind, taking Mullis out of contention.

Luza managed to wriggle the top spot from Teien in the closing laps and survived multiple restarts – including overtime for the second race in a row when Michael Guest added insult to injury to Jimmy Mullis’ evening on Lap 198.

None of the on-track battles mattered to Luza, who charged to his third win in a row for Williams Esports – even more impressive considering he started 37th at a place where track position is key. The victory, his 15th in 52 starts, breaks a tie with Ottinger for second-most all time.

Conti sliced his way through the field to finish second in the end for JR Motorsports. Roush Fenway Racing’s Nathan Lyon finished a career-best third.

The win moves Luza to second in Coca-Cola iRacing Series points behind fourth-place finisher Zalenski, who continued an impressive streak of top-10 finishes despite issues early in the race. There’s still plenty of time left for drivers to fight for their share of the season’s $300,000 prize.

The eNASCAR Coca-Cola iRacing Series hits the track next at Dover International Speedway on April 28.