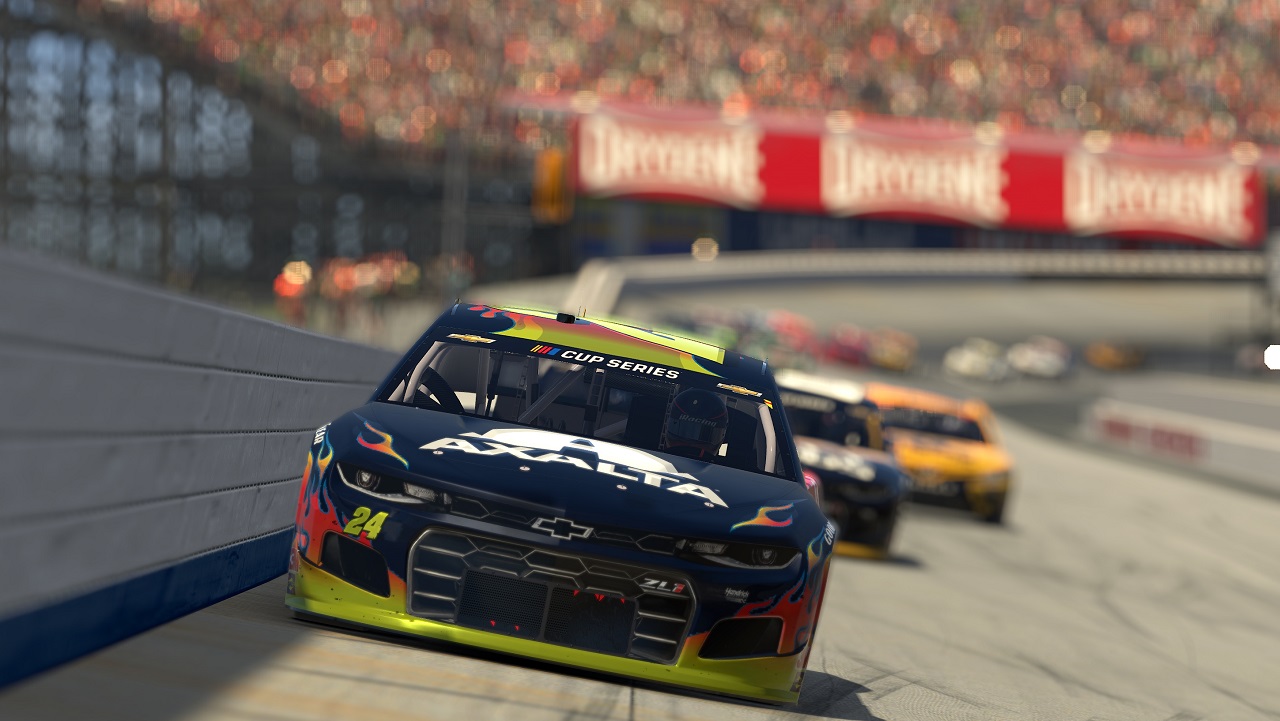 Byron’s triumph in the Finish Line 150 was his third in the invitational circuit. He benefited from taking four fresh tires on the final round of pit stops, a strategy that overcame Hill’s two-tire stop that temporarily provided an edge in track position.

Christopher Bell placed second in the 150-lap event on the 1-mile Delaware track, getting past Hill in the late going. Hill held on for third place, with Erik Jones and Michael McDowell rounding out the top five in order.

Denny Hamlin was the fastest qualifier for the 36-car field, but started 10th after an inversion of the top 10 in time trials. Hamlin was shown on social media pre-race, collecting remote controls at his home; his daughter, Taylor, inadvertently turned off his iRacing monitor during last weekend’s race at Talladega Superspeedway.