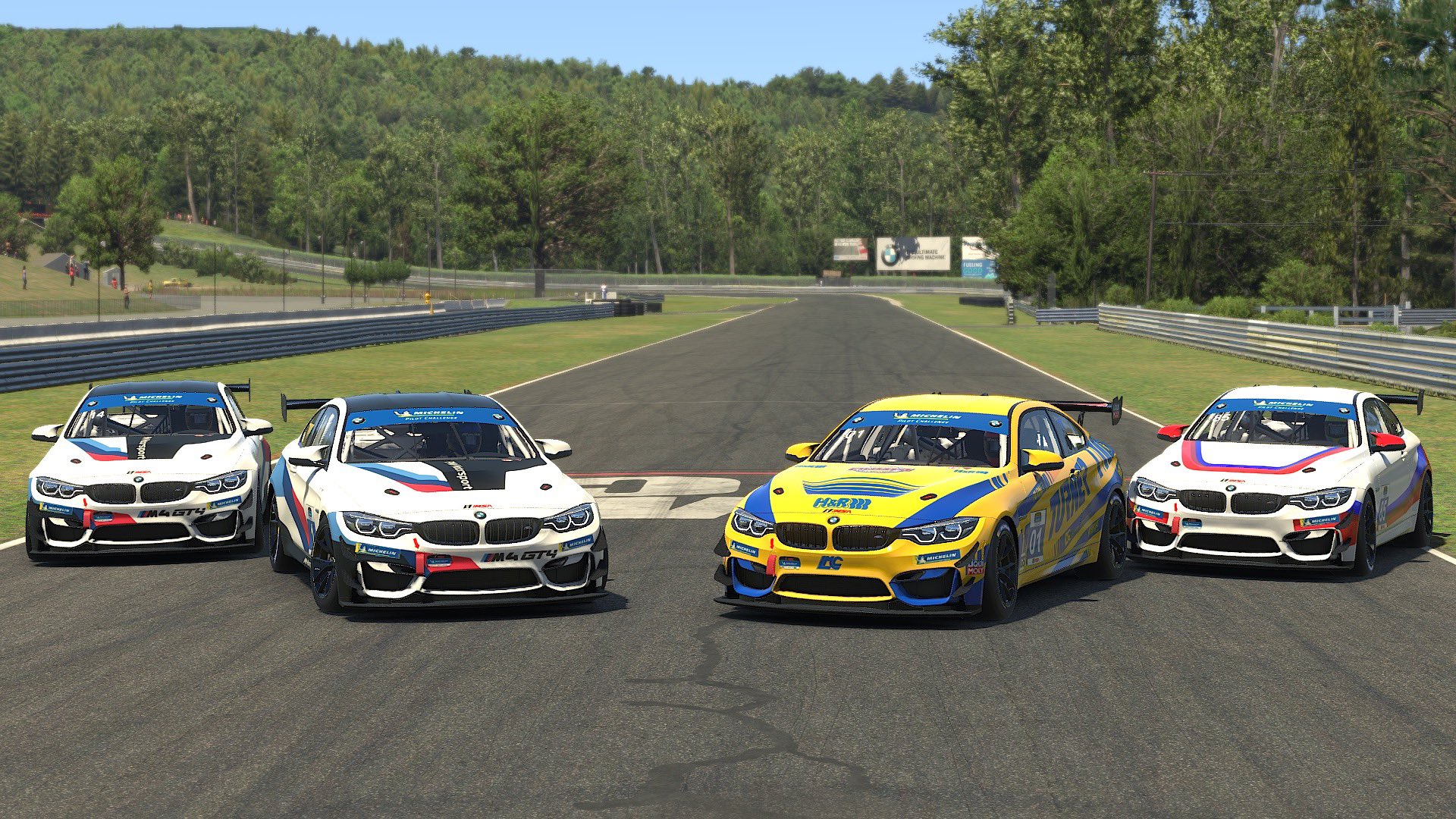 It’s official: the BMW M4 GT4 is the sixth car that will drop as part of 2020 Season 3! Scanned in January at the Turner Motorsport shop in Massachusetts, this sporty GT4 will make for the latest addition to the iRacing IMSA Michelin Pilot Challenge, and will begin showing up in other series like the BMW 12.0 after its release during Week 13. The M4 GT4 joins the M8 GTE and Z4 GT3 as the latest BMW to make its debut on iRacing.

The M4 GT4, BMW’s customer sports car offering, didn’t take very long to make an impression on the world of racing at large. In its debut season of 2018, it was named “Race Car of the Year” at the Professional MotorSport World Expo Awards, and backed up the honor the next year with GT4 titles in Blancpain GT World Challenge Asia and the 24H SERIES, plus a Team title in ADAC GT4 Germany. Get behind the wheel of this sporty and responsive GT4 car and find out what all the buzz is about firsthand.

The BMW M4 GT4 will become the latest sports car to make its debut in iRacing when it debuts on the service later this year. iRacing was on hand in the Turner Motorsport shop earlier this week scanning the car in order to prepare it for a 2020 release.

The BMW M4 GT4 campaigns in the IMSA Michelin Pilot Challenge in the United States, as well as a number of other sports car series around the world. It made its debut in the hands of customer teams in 2018. That same year, the Professional MotorSport World Expo Awards nominated it for its Race Car of the Year award.

Last season, the car won the GT4 class of the Blancpain GT World Challenge Asia and 24H Series. It also earned the 2019 team title in ADAC GT4 Germany. The car also gained additional fame in the movie The Art of Racing in the Rain as the car raced by protagonist Denny Swift, portrayed by actor Milo Ventimiglia.

On iRacing, the M4 GT4 will join the M8 GTE and Z4 GT3 as BMW’s sports car offerings. Click here for a full list of cars available on iRacing!

In this article:build news, featured, Z4

The moment you’ve all been waiting for is here… Season 3 content is officially LIVE! We’ve got an entire fleet of new content for...

Join us for some amazing GT racing. Choose the BMW, Ruf or McLaren and race at some of the finest tracks from all around...