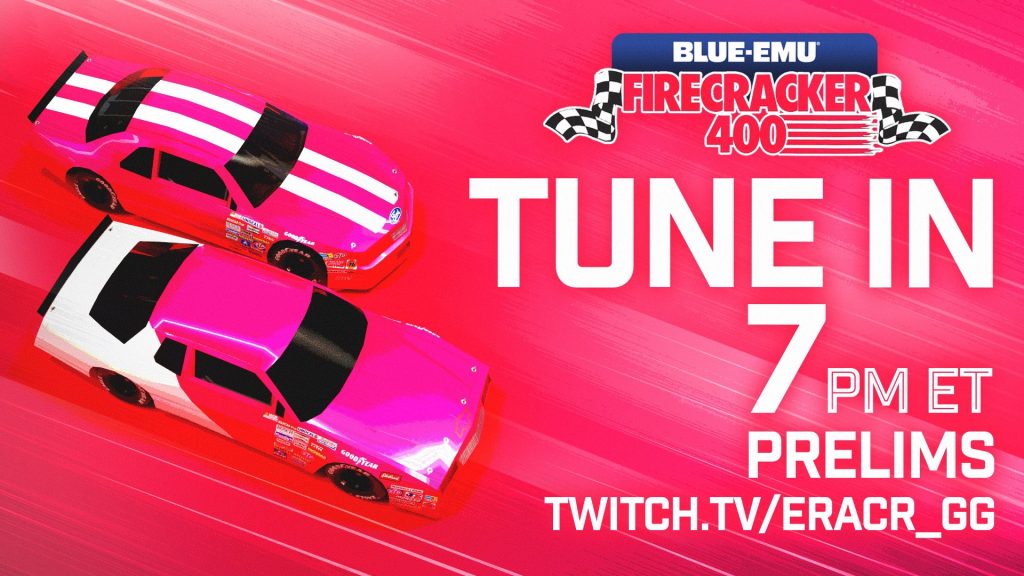 One of iRacing’s biggest independent events kicks off tonight with the return of the Blue-Emu Firecracker 400, a unique multi-week event organized by eRacr featuring the 1987 NASCAR Cup Series Chevrolet Monte Carlo and Ford Thunderbird and the legacy scan of Daytona International Speedway. Spearheaded and organized by real-world NASCAR Cup Series drivers Landon Cassill and Parker Kligerman, the event begins with two days of preliminary races today and tomorrow to set an 88-driver field for next week’s single-car qualifying, with the Firecracker 200 for the lower half of the field on Monday, June 28 and the main event following two days later on Wednesday, June 30.

The event regularly draws a large swath of current and former eNASCAR Coca-Cola iRacing Series drivers, including defending event winner and current iRacing Countdown to Green host Brandon Kettelle and well over 20 others with series experience. Real-world pros slated to compete include NASCAR Hall of Famer Dale Earnhardt Jr., NASCAR Cup Series champion Kyle Busch, NASCAR fellow NASCAR drivers Garrett Smithley and Ryan Vargas, NASCAR Cup Series spotters Freddie Kraft and TJ Majors, and NTT IndyCar Series driver/owner Ed Carpenter. The total purse for the event is set at $12,500, with an additional $20,000 on the line for the driver who posts the top qualifying time next week, should they elect to instead start last in the Firecracker 400.

iRacing and the Sports Car Club of America (SCCA) are pleased to announce the addition of the SCCA Runoffs to iRacing’s Special Events schedule...

Across 24 hours of racing and four different time slots, the 2022 edition of the iRacing Daytona 24 wrapped up on Sunday as the...