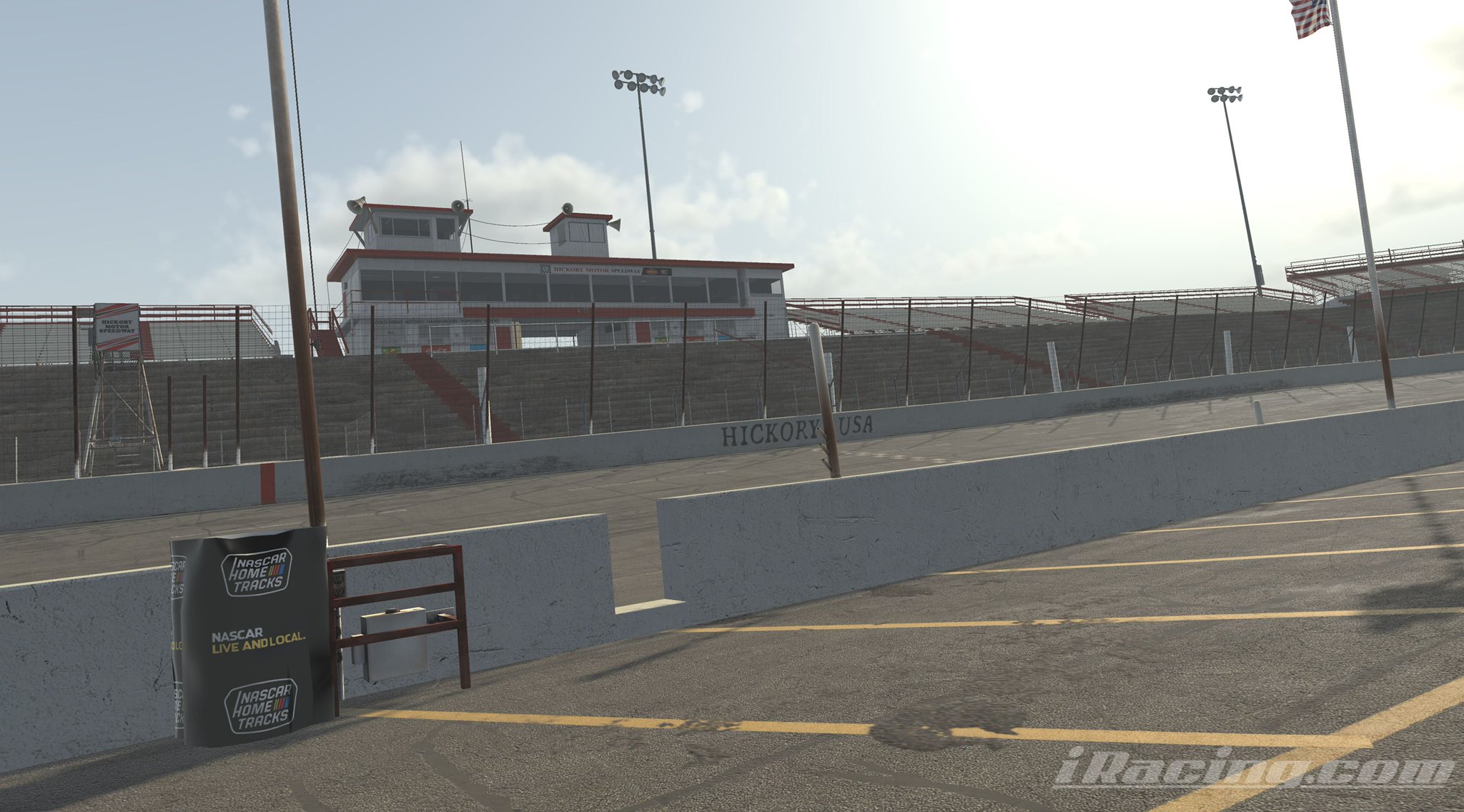 As confirmed by Dale Earnhardt Jr. on Sunday night, iRacing’s latest foray into classic stock car racing venues will see the release of the .363-mile Hickory Motor Speedway in September. The “World’s Most Famous Short Track” opened as a half-mile dirt oval in 1951, going through three reconfigurations before settling into its current form in 1970. A NASCAR Cup Series venue until 1971, it was a key part in the early history of the Xfinity Series, hosting six races in 1982 and remaining on the schedule through 1998. It remains a popular venue for late model touring series and weekly racing events.