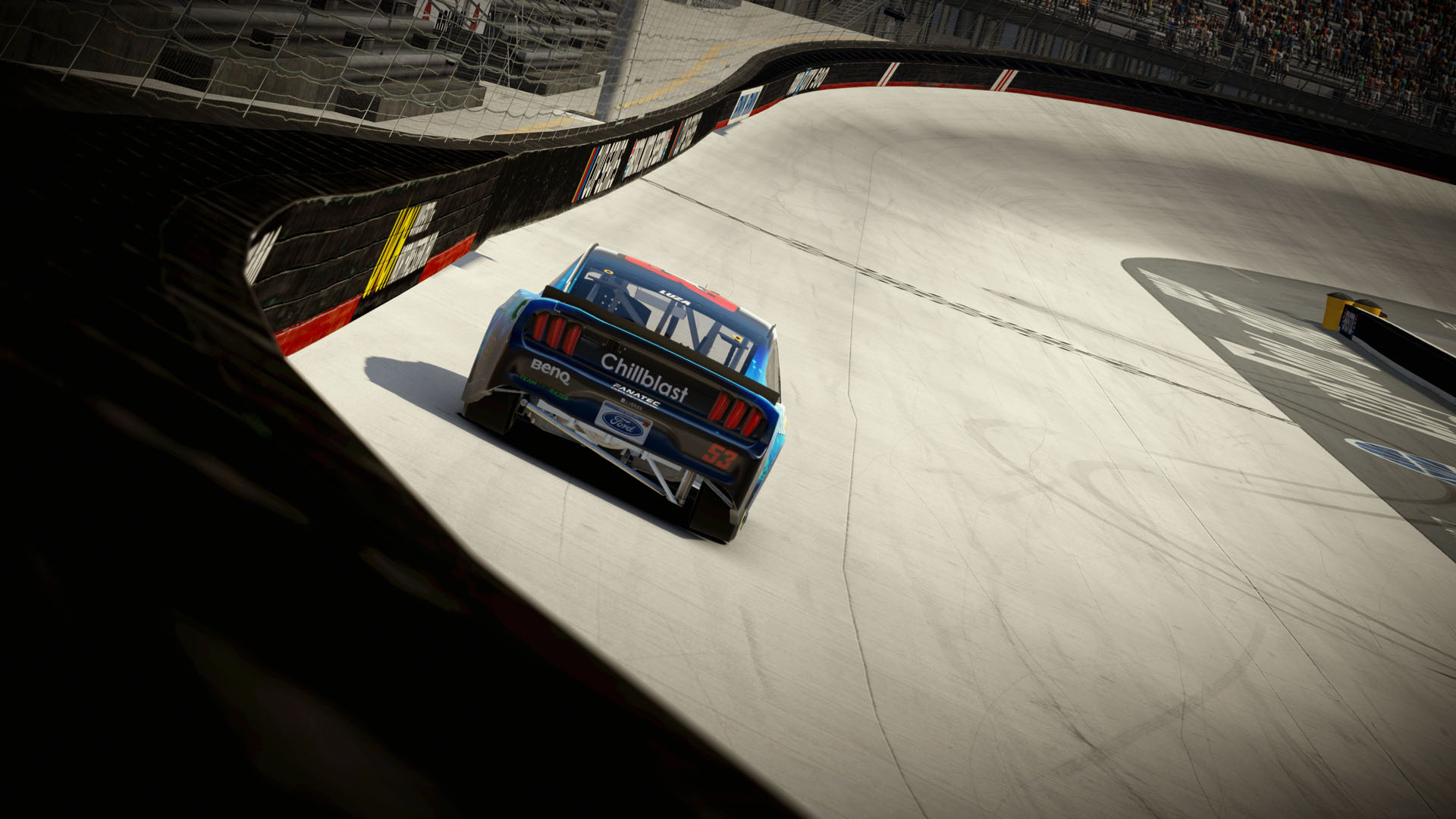 Even a track with as tough a reputation as Bristol can’t stop Ryan Luza.

It was Williams Esports driver Ryan Luza who brought home his second consecutive victory of the 2020 season Tuesday night in the eNASCAR Coca-Cola iRacing Series’ visit to the virtual Bristol Motor Speedway, surviving a handful of cautions, an overtime finish, and a hard-charging Garrett Lowe.

JR Motorsports racer Michael Conti qualified on the pole – the 14th of his career, breaking a tie with Nick Ottinger for second-most – then set sail with Joe Gibbs Racing rookie Graham Bowlin in tow.

Bowlin, who’d just taken over the top spot from Conti, had his hopes of victory dashed on Lap 47 when he piled into a crash involving lapped cars. Series veteran Brad Davies, also from JR Motorsports, took over the top spot following a quick series of cautions, setting up for the longest run of the night.

As Davies carefully picked his way through lapped traffic, teammate Conti followed in his tire tracks – until a three-wide sandwich went sour between Steve Sheehan and Ryan Luza on Lap 162, sending Conti sideways and losing positions.

Luza’s march through the field – including the dramatic move past Conti – handed him the lead with about 85 laps remaining, ending the Brad Davies reign of 117 laps at the top of the leaderboard.

The caution flew again on Lap 190 when four-time series champ Ray Alfalla went for a spin at the hands of Christian Challiner, setting up for the end of lead-lap pitting for the evening, with the exception of Keegan Leahy, who gambled by pitting for fresh tires at the expense of his top-five track position. Leahy’s call didn’t work out in his favor, settling for 12th in the end.

A final caution with five laps remaining after rookie Santiago Tirres clobbered the inside wall set up for an overtime restart, but Luza still had the field covered, taking the checkered flag by a car length over Lowe.

Defending series champion Zack Novak finished third – a much-needed rebound after a rough start to the season – while Conti and Bobby Zalenski rounded out the top five.

Luza’s victory, his second of the season, now ties him with series veteran Nick Ottinger for second-most wins in the Coca-Cola iRacing Series all time with 14.

And, hey, he won the customary gladiator sword for conquering the Last Great Colosseum.