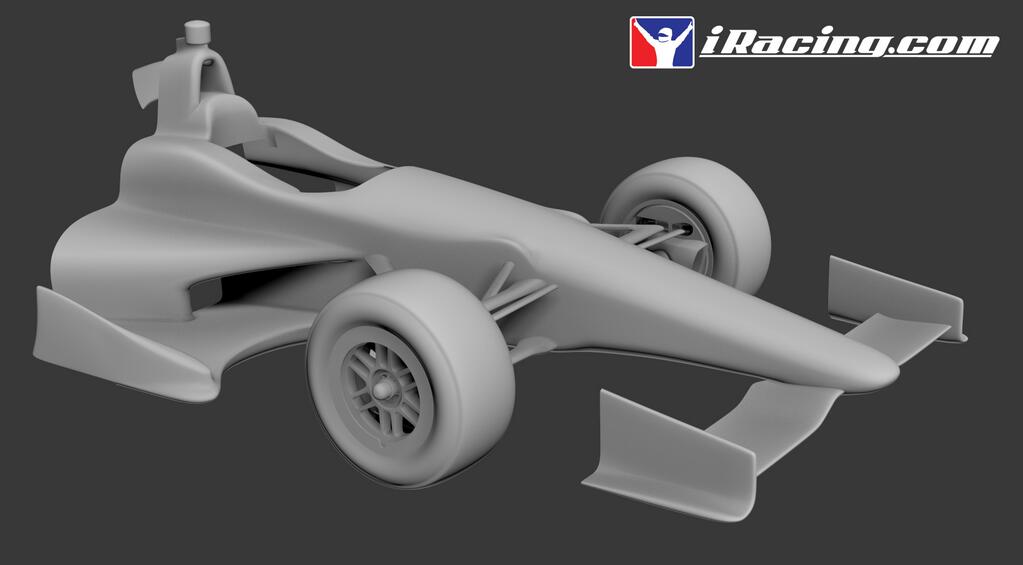 iRacing tweeted this render today, and confirmed the DW12 is currently in development.

Steve Myers let this cat out of the bag in a post about how content flows through iRacing. Looks like the Dallara will be the next road car released by iRacing. Still no official word when that will be.

Sometimes it goes the other way like with the DW12. I won’t go into the gory details but we had planned to have that released BEFORE it ever turned a lap in the real world. We have a terrific relationship with Dallara and will get more data then even the teams get to build our car. You can expect this to come out before the Holden by the way.

For those not connecting the dots. @iRacing starting work on the DW12 “soon”. Updated CAD data arriving from @DallaraIndyFty today

Tony Gardner wrote about new car content saying they may start working on the new Indycar sometime in 2014.

Making some headway on the Honda BTCC car now. Working with a team on getting a scan date with Honda’s help. Same thing with BMW for a GT car, working on getting full CAD data. Still waiting on final license with Toyota. We would love to start on a new Indy Car sometime next year. We shall see.

We have a license for the Dallara we are running currently, and for the DW-12. We have not decided when the car will be moved into production though.

In this article:DW12, Indycar, Render, Screenshot

Here are renders of iRacing.com’s virtual Formula Renault 2.0 that will be released in the next build.

Here are renders of the 2017 Mazda MX5 that everyone will be able to drive for free when it’s released in the new season...