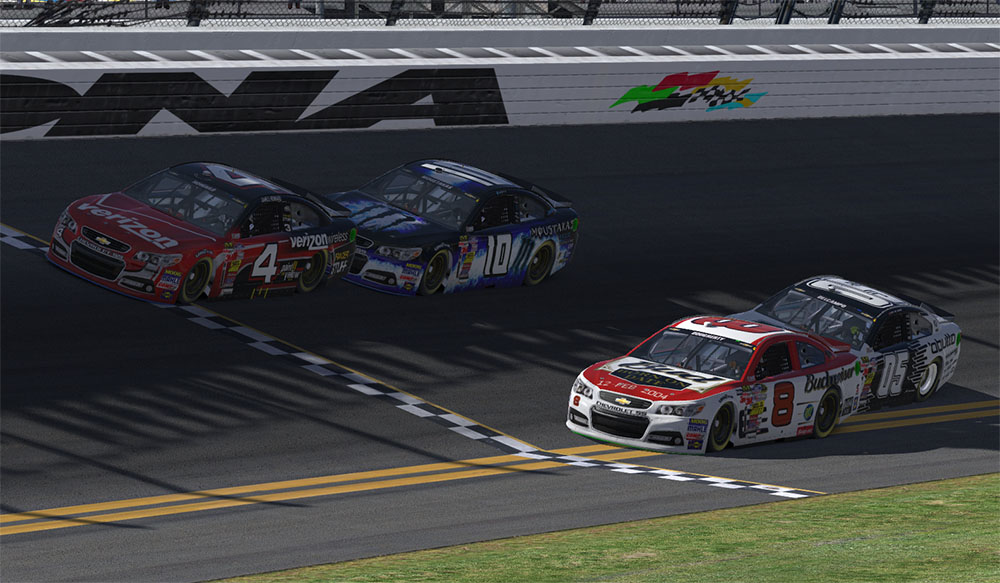 Paul Covington took the victory in the second race of the evening at Daytona with tandem partner Tom Moustakas finishing second.

James Howard claimed his second victory of the season in the final race of Thursday night’s Brick Cup Series. Tandem partner Tom Moustakas who started on pole missed the start but helped push James to victory.

In this article:Brick Cup Series, Chase for the Brick, James Howard, Paint the Yellow, Paul Covington

Paint the Yellow’s Brick Cup Series hit the track at Talladega Superspeedway on Thursday night for races seven, eight and nine of the 34...

Three more advance to the Chase for the Brick

Paint the Yellow’s Brick Cup Series night two at Talladega Superspeedway is in the books. Three more winners have advanced their way into the...

Paint the Yellow returns to action this Thursday with a 34 race season on Mondays and Thursdays alternating between Daytona International Speedway and Talladega...

Paint the Yellow will host 2014 Speedweeks at Daytona presented by iRacerstuff.com. Paint the Yellow, a primarily superspeedway racing league, formed just over three...