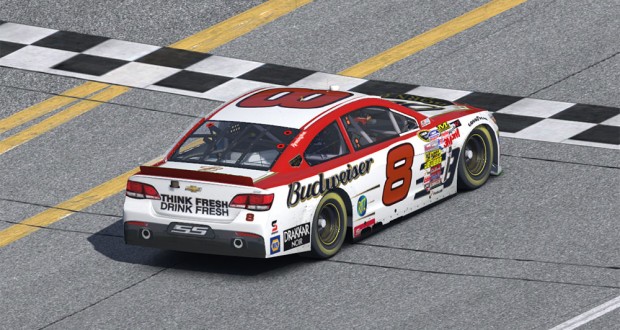 Paint the Yellow’s Brick Cup Series hit the track at Talladega Superspeedway on Thursday night for races seven, eight and nine of the 34 race season. Only 15 races left in the regular season for race winners to advance their way into the Chase for the Brick.

James Howard finished in the third spot with Butch Frazier and Rod Rhonemus Sr. rounding out the top five.

Moustakas also led the most laps in the race with 14. Hagan led 10 and David Schamp led one.

Relive the GEICO 70 that saw Jeff Gordon come out of retirement and Alex Bowman win the race from the virtual Talladega Superspeedway. FIN...

Three more advance to the Chase for the Brick

Paint the Yellow’s Brick Cup Series night two at Talladega Superspeedway is in the books. Three more winners have advanced their way into the...

Paint the Yellow’s 24th season began on Thursday night with the new Brick Cup Series. A 34 race season with 24 regular races and...